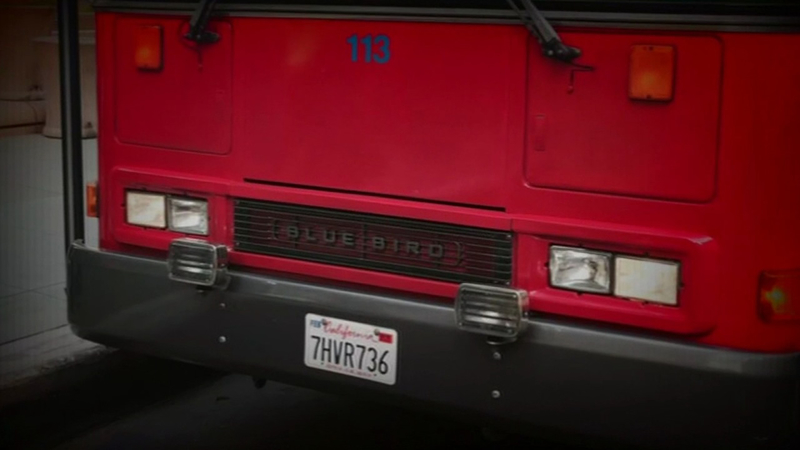 The latest inspection by CHP officials revealed a company at the center of the Union Square bus crash found City Sightseeing has mechanical and paperwork violations. But now, it seems another company called Deluxe Sightseeing isn't following the rules as well.

Tourists say one of the best ways to see some views in San Francisco is on a double decker bus. Tourists come from around the world to take their pictures here. Marianne Hemion is one of many people at Vista Point who hopped off a double decker tour bus. "It's a great way to look at the city," she said.

ABC7 News drove over the Golden Gate Bridge behind a Deluxe Sightseeing bus and noticed it had the wrong license plates, but it's not the only one that has been spotted without correct license plates.

There are at least five double decker tour bus companies in San Francisco.

DMV officials said they issued license plate 7HVR736 to Deluxe Sightseeing on February 6, but that it doesn't have any record of what vehicle DMV issued it to.

DMV officials also said they issued the other license plate 7MER392 to Deluxe sightseeing July 14, but again there is no record as to what vehicle.

Deluxe Sightseeing may not want you to know that. "No vehicle should be operated on California roadways if they are improperly registered," California Highway Patrol spokesperson Ofc. Daniel Hil said.

Hill said it's against the law. Violations can include the company dodging taxes or not smog checking the vehicles. "The driver of the vehicle operating an unregistered vehicle is subject to citation and impoundment and then of course the company is liable," he said.