A house on Esplanade Avenue in Pacifica that had been teetering on the edge of a cliff for two years was demolished Thursday as the owners watched.

PACIFICA, Calif. (KGO) -- A house on Esplanade Avenue in Pacifica that had been teetering on the edge of a cliff for two years was demolished Thursday as the owners watched.

To anyone it looked like just another demolition job, but Melissa McConnell saw it differently. She knew every inch of the 900 square foot home. It was not just a kitchen backsplash being ripped out, it was a find she proudly got off Craigslist. "Sigh. My pretty little house," she said.

The Pacifica cliff the home was perched on has eroded away to the point that living there was too dangerous.

RELATED: Pacifica home on edge of cliff being demolished

Video from Sky 7 showed just how close the home was to the edge. The backyard and back patio were gone because they had fallen into the ocean and of course the city feared the house was going to be next, so in a purchase agreement the city took over ownership to demolish it.

"It was my dream home. We put so much love into that house, every spare minute, every vacation, every day off, every spare dime, nickel and penny. And, we loved it. It was something we did together," McConnell said.

The couple said this was their favorite place on Earth. They bought the house in 2009 and have worked hard to save it. At one point, they hired an engineer to move the house 30 feet back form the cliff. They wanted to relocate it, but never found a suitable lot.

"I loved this house as much as any of my dearly departed pets that I have ever had. If you have to take 'em to the vet to end their suffering that's what you do and I kind of see this that way," McConnell said.

Neighbors across the street watched with mixed emotions as their view suddenly changed and they lost two nice neighbors.

Two hours after they started, the bucket delivered its final blow. Crews took out the new bay windows the McConells installed themselves and flattened the place they called home. But they had crews save a few beams of redwood from their house, with the hopes of installing it in a new home in Pacifica.

Pacifica home on edge of cliff being demolished 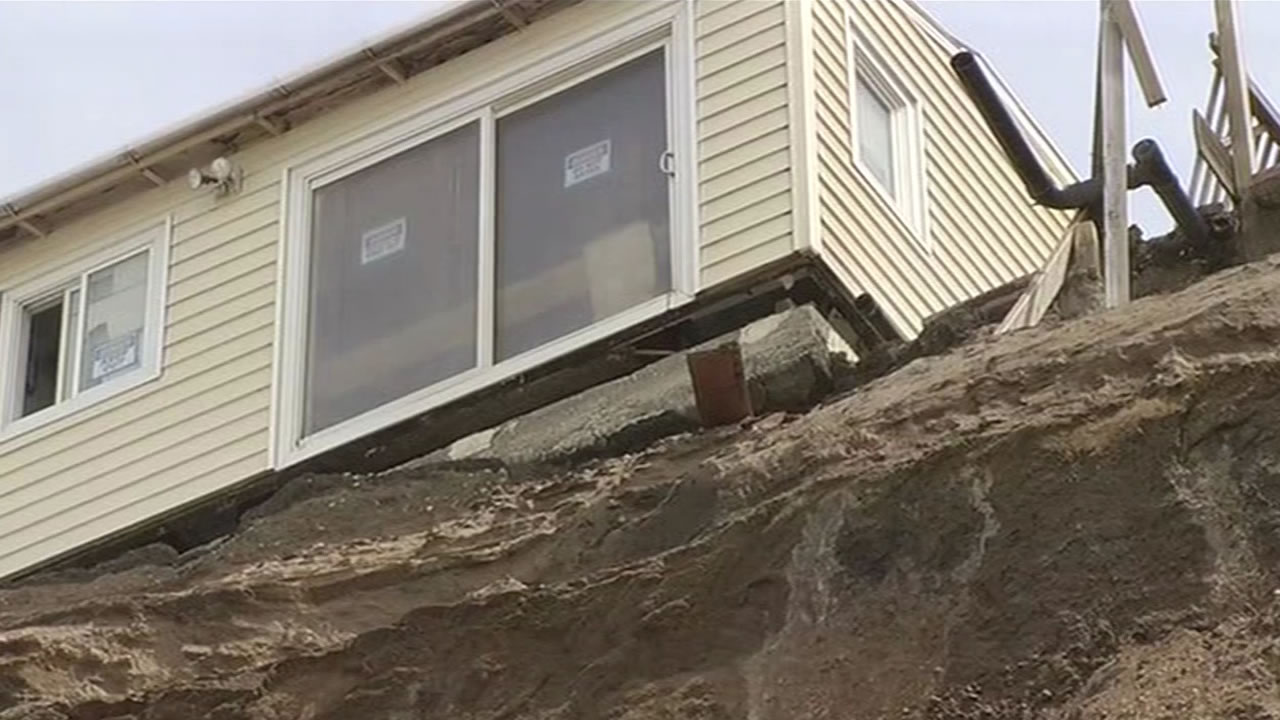