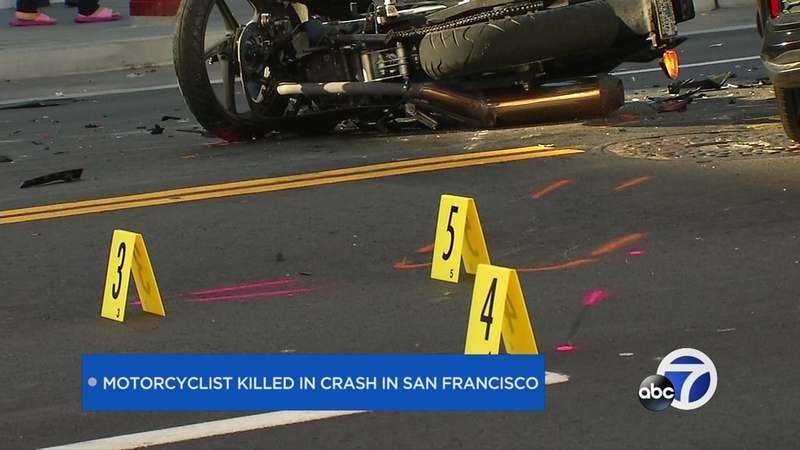 Officers responded to the collision at Powell and Vallejo streets around 12:35 p.m., according to police.

Further details about the victim were not immediately available.

Streets in the area have been closed off as of 2 p.m., police said.

Earlier today, just a block away, a motorcyclist died after colliding with a vehicle at Broadway and Stockton Street just before 6 a.m., police said.

The motorcyclist was taken to a hospital and died there. The person's identity has not been released.