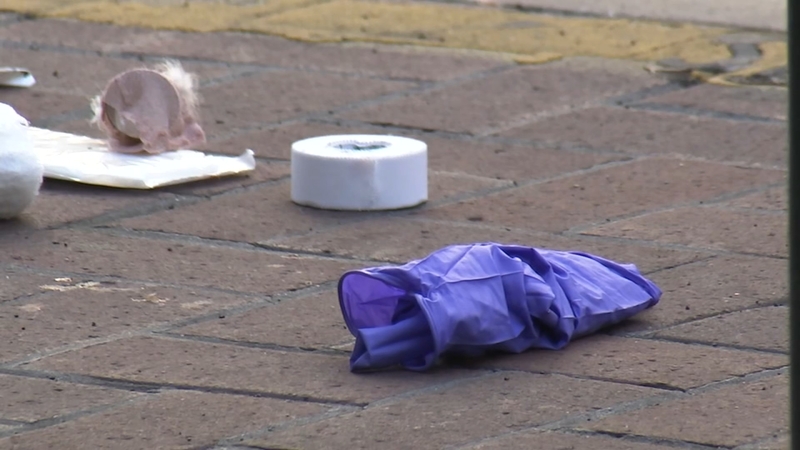 SFPOA says stabbing suspect has criminal record, should never have been out

SAN FRANCISCO (KGO) -- Attempted murder, assault with a deadly weapon, and elder abuse charges have been filed against the man accused of attacking two older Asian women waiting for a bus on San Francisco's Market Street earlier this week. ABC7 News is now learning that the suspect was recently released from the Napa State Hospital.

The video showing the two stabbings is horrific, a man first walks up to a bus stop, then brutally stabs two seniors who had been waiting for a Muni bus at 4th and Market Street.

"When I saw him holding the knife I knew something bad was happening," said Patricia Lee, a florist in the area, who witnessed the attack. We showed her the video for the first time on Thursday.

"That was me right there," said Lee. "It could have happened to me I was turned back this way, you see I was right there with the water, he passed right next to me."

"Well hello there's no other charge, you can't downplay this that's what he deserves to be charged with," says Vice President of the San Francisco Police Officer's Association Tracy McCray who says this crime could have been avoided altogether if Thompson, previously charged with assault with a deadly weapon in a separate case, hadn't been let out from the Napa State Hospital and then enrolled in a mental health diversion program.

"He just walked up to them but he shouldn't have been out in the first place, period. Violent criminal did an unprovoked attack before and he's free to walk around to do it again and guess what he did," said McCray.

Officers were able to catch Thompson just hours after this Tuesday attack. Sources provided an x-ray image to ABC7 News showing the broken knife that was stuck inside one of the victim's lungs.