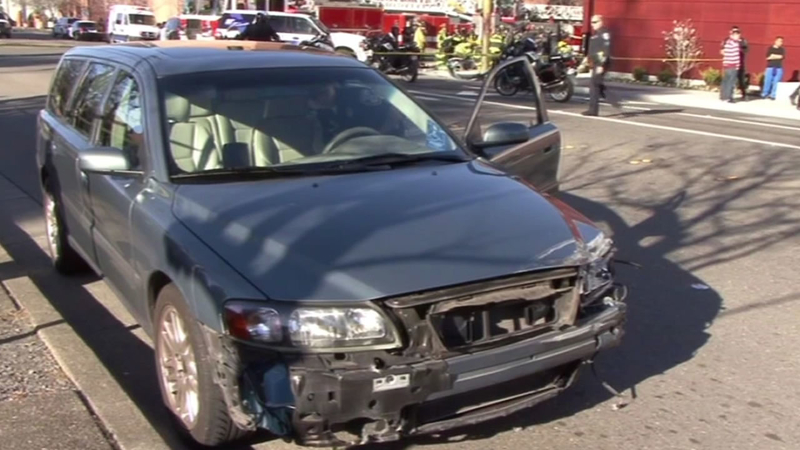 SANTA ROSA, Calif. (KGO) -- On Tuesday afternoon, a tragic accident happened in a split second. The car crash occurred around 2:30 p.m. on Third and B streets in downtown Santa Rosa.

Police say and elderly woman was just standing on the corner near Luther Burbank Savings when she was killed.

Witnesses say the woman was pulling a metal cart when she stopped in front of the Luther Burbank Savings building. That's when police say a Volvo station wagon took a left-hand turn onto B Street and clipped the oncoming SUV. It lost control, flipped over and rolled right on top of the woman. Witnesses say she had no time to react.

"You just never know. These things happen. You never know when they're going to happen, or what to expect," witness Steve Herrick said.

Meanwhile, police are trying to figure out who is at fault. The accident happened just off of the Old Courthouse Square, forcing police to shut down traffic in a four block radius.

"So you couldn't get anywhere in the area here, which they wouldn't let me get in to make my delivery," Herrick said.

The woman, whose name has not been released, was pronounced dead at the scene.