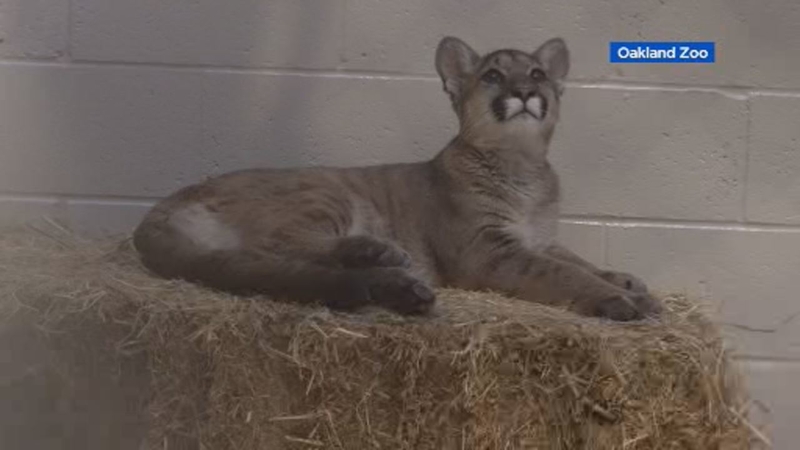 OAKLAND, Calif. (KGO) -- Two mountain lion cubs have been taken in by the Oakland Zoo after being found in an area where an adult female mountain lion was fatally struck by a vehicle.

The cubs were found in Orange County, separately, two weeks apart from each other.

Officials believe the cubs may have belonged to the female mountain lion that was fatally struck and separated as a result of her tragic death.

ABC7 News was told one is feisty and the other is shy and cautious. Officials say based on their ages and geographic proximity to each other, they could be related. DNA testing will be conducted by Oakland Zoo veterinarians to determine if they are siblings.

Both cubs are estimated to be three to four months old.

They were found approximately 15 miles apart in Orange County's Silverado Canyon and Rancho Santa Margarita. The first was discovered in a resident's backyard and the second, approximately two weeks later, on a the roadside.

Mountain lions are new to the Oakland Zoo and at this time both cubs are currently being quarantined.