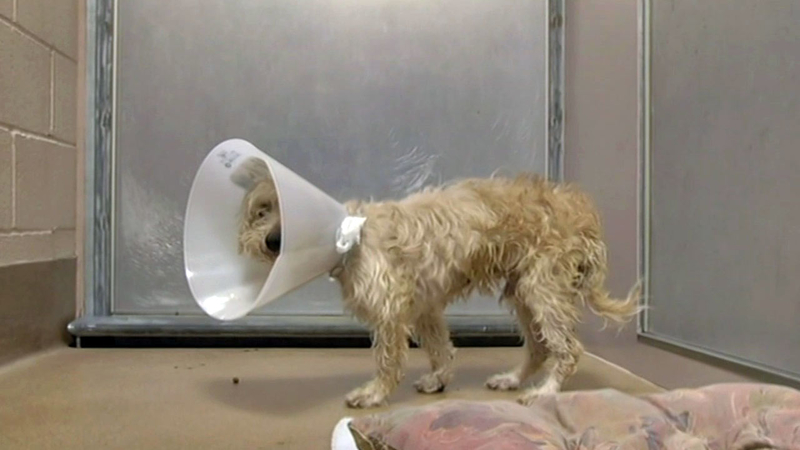 CONTRA COSTA COUNTY, Calif. (KGO) -- Dogs are looking for new homes after they were found packed into the back of a truck with little food or water.

The animals are now part of a cruelty investigation in Contra Costa County.

Pom Pom is recovering, alongside several of her friends at the Contra Costa Animal Shelter. She was one of 19 little dogs crammed tight in cages in a U-Haul truck found parked on a street in Baypoint. Animal Control officials say the dogs were sick and starving.

"A very bad state, some had abrasions, some had tumors," said Steve Burdo of Contra Costa Animal Services.

Burdo says sheriff's deputies arrested a transient couple who kept the dogs as pets, charging them with animal cruelty.

Two of the animals were too sick and had to be euthanized. Biggie just had surgery and was malnourished, but is recovering nicely.

Neighbor Robert Cole says the couple's U-Haul was a common sight. "They would park here day after day," Cole said. He said he saw the animals and they were stacked in cages. The suspects face a possible trial later this month.