Big rig brake failure may have lead to fatal accident 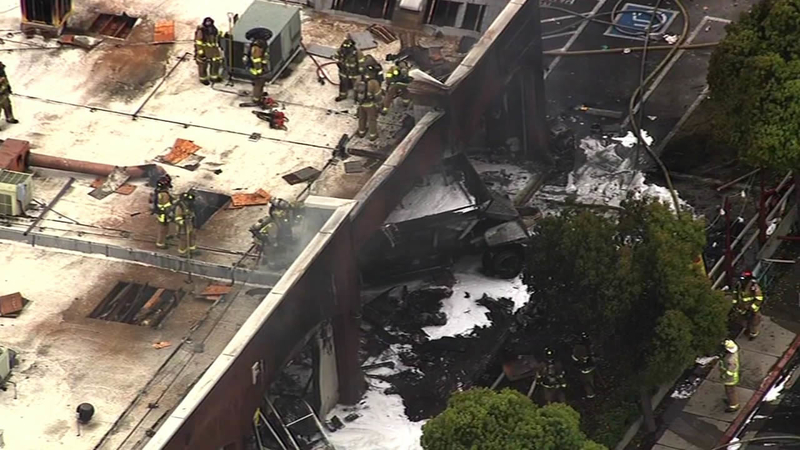 Big-rig brake failure may have lead to fatal accident

PITTSBURG, Calif. (KGO) -- An investigation is underway in Pittsburg after an out-of-control big rig smashed into a restaurant Monday morning, leaving the driver dead.

To hear witnesses tell the story, this accident could have been worse if not for the skills the 18-wheeler's fated driver.

"When he passed me, I figured there was something wrong with the truck. I smelled clutch and brake. He was in trouble," explained Marvin Tompkins-Dob, a witness.

Marvin Tomkins-Dob says truck passed him earlier at high speed. No brakes. Says it may have been going 90 at impact. pic.twitter.com/Wf2KXtDaOm

Tompkins estimates the rig plowed into the Los Palotes Mexican restaurant at 90 miles an hour.

The big rig was traveling northbound on Railroad Avenue in Pittsburg shortly after 8 a.m. when the driver lost control at the intersection where Railroad meets Linscheid Drive. The big rig crashed into two cars stopped at a red light.

The driver lost control at the intersection where Railroad meets Linscheid Drive. This is one of two cars the big-rig crashed into before running into the building. (KGO-TV)

PHOTO: One of the two cars hit by the big rig before crashing into the restaurant.

The truck then veered off the road and into a building. The cause is under investigation, but police and firefighters are looking at the possible brake failure. The driver flashed his lights before the crash.

The restaurant's owner and her family were due to begin work there less than an hour later.

"My husband, daughter and nephew were the only ones at the restaurant. We are very, very lucky," said Ana Gonzales, the restaurant owner.

Restaurant owner Ana Gonzalez. Her family goes to work at 9am. Ax was at 8:15. They would have been inside. pic.twitter.com/1ngSiOYLNq

"I could feel the flash. The building shook," explained Dr. Ronnie Quesada, a neighbor.

So many flames that witnesses say the driver had little or no chance.

"I have a feeling the way it looks that he was trying to get out, but it was too late. The body was overhanging the door," said Ricki Bassi, a witness.

The drivers body remained there until well past noon.

Among the lucky survivors, David Gardner, who drove one of the cars the big rig hit on its way in.

"It is my birthday today. My new birthday. Four feet over and this guy would not be doing my blood pressure right now," said David Gardner, a survivor.