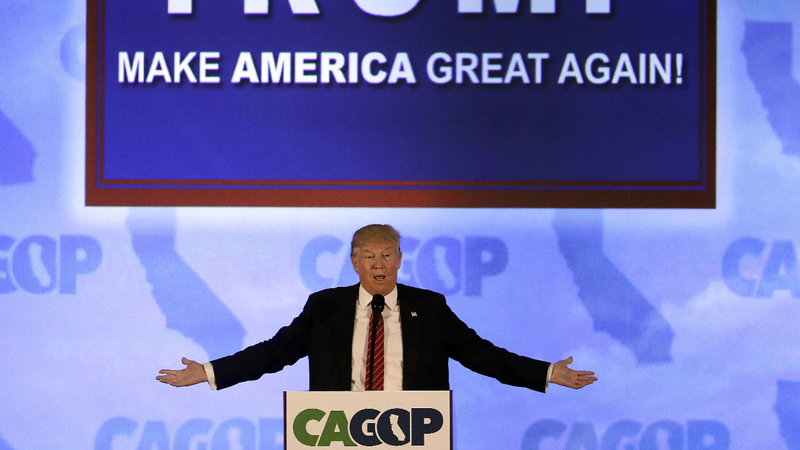 Less than a week after all three Republican presidential candidates swept through California, touting its role in deciding the party's next nominee, there was a knockout blow in Indiana -- a decisive victory for Donald Trump.

RELATED: Trump, Clinton all but certain to face off in fall campaign

"It really looks like a massive victory and it looks like we win all 57 delegates," Trump said.

Now, it appears California won't matter at all in the Republican race.

"It is so disappointing," said Megan Range of the Contra Costa Republican Party. "We saw a brief glimpse of an opportunity for California to make its mark, and it's gone."

As it turns out, California may matter much more to Democrats. At Clinton's downtown Oakland campaign office, Trump's big win has actually helped.

"We had a volunteer stop in this morning and said I'm going to do everything I can to help Hillary Clinton in California, so we can make sure to defeat Trump in November," said Jessica Lovejoy of the Clinton campaign.

Clinton's campaign may be looking past him, but at Bernie Sanders' headquarters in Oakland volunteers were busy working the phones, as if a victory is still possible.

"Bernie has been in it to stay from the jumpstart," Newhart said. "I think when he first signed on, I signed up for a political revolution. I didn't just sign up for a presidential candidacy."

Sanders has vowed to fight until the convention in July, but even a landslide victory in California in June couldn't win him enough delegates to pass Clinton.

As for a possible running mate for Donald Trump, he told Good Morning America he wants someone with "great political experience," who's skilled in dealing with the senate.

That prompted a joke from Vice President Joe Biden. "I'm anticipating he'll be asking me to be vice-president," he said.

The quip didn't elicit a response from Trump. In the meantime, one high ranking Trump advisor said that a search will begin soon, but no short list exists just yet.