KGO
By by Elissa Harrington
SAN FRANCISCO (KGO) -- The life of San Francisco Mayor Ed Lee, who died suddenly on Dec. 12, was honored in Chinatown Thursday evening by city officials and community members.

"He had a wonderful laugh with those twinkly, well just like the picture, squinty eyes and that wonderful smile," she said while speaking to the crowd of more than 1,000.

The words "squinty eyes" have deeply insulted many in the city's Asian-American community.

"I was shocked," said former San Francisco judge Julie Tang. "I said, am I hearing this correctly?"

Retired judge Lilian Sing added, "Everybody felt very uncomfortable but nobody knew how to handle it."

Tang and Sing spoke at a different memorial service for the late mayor Thursday. This one was held in Chinatown.

They brought up their issue with Shultz's speech. Sing says it's what Mayor Lee would have wanted them to do.

"I thought about it long and hard," she said. "And deep in my heart know that Mayor Ed Lee would want something unjust against Chinese to be mentioned."

The retired judges say they don't think Shultz was trying to be racist or offensive, but her words were still hurtful.

Tang was also disappointed with the seating arrangements at City Hall, especially the lack of Asian-Americans allowed to sit in the Rotunda.

"I was looking through the Rotunda which was reserved for so-called dignitaries and I saw very few Asian people in there," she said. "I was very disappointed such an arrangement was made. That was not very sensitive to the Chinese community. And there were no Asian speakers except for the Mayor's own two daughters."

The Lee Family Association, a social organization in Chinatown for people with the last name "Lee" wrote an open letter criticizing Sunday's service.

"The Lee Family Association mourns one of our own, our beloved Mayor Ed Lee's passing, with a heavy heart and gratitude to the SF Community's outpouring of support for Ed . However, during the ceremony on Dec. 17 at the Rotunda, a certain description attributed to Mayor Lee having a 'squinty eye' is an insulting description for Chinese people, and it struck a nerve in our ears.

Also, the Rotunda. reserved for special guests, and except for Mayor Ed Lee's immediate family, looked like a "whites" only, while Asians and other "ordinary people" were relegated to the North and South Court. No wonder the Chinese Community had to plan their own memorial for our Ed Lee."

Shultz apologized Thursday evening in a statement released by the Mayor's Office of Protocol.

They were not only colleagues but good friends more than 30 years. This has been a difficult time for her. Mrs. Shultz apologizes if any of her comments regarding the mayor -- which were intended to be heartfelt and warm - offended anyone. Mrs. Shultz loved Mayor Lee very much and will miss him dearly." 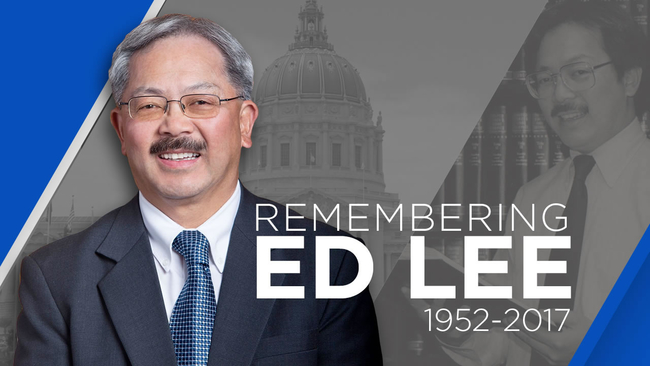 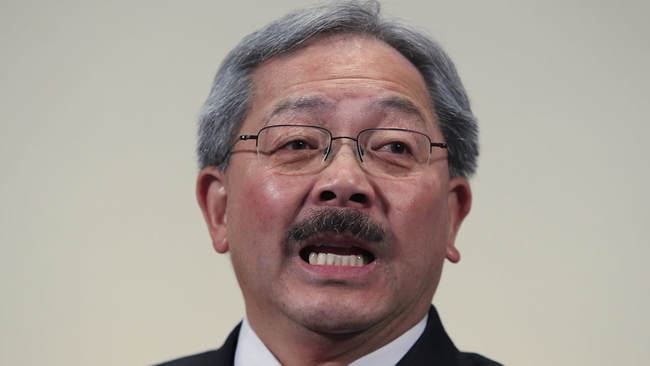 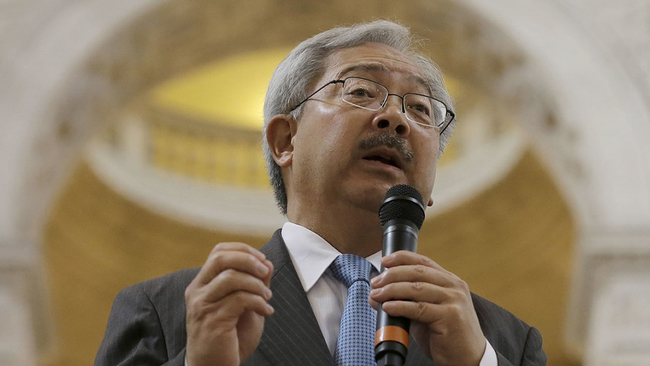