Kamala Harris: 'I am running for president of the United States, and I'm very excited about it' 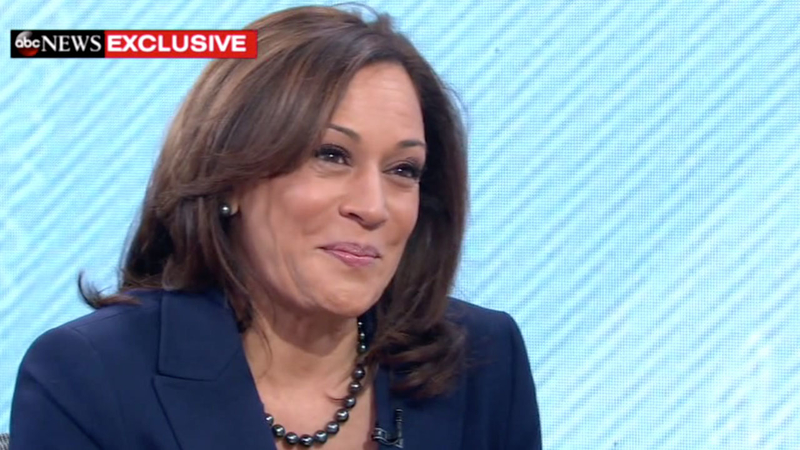 Harris announced on Good Morning America on Monday that she is officially entering the race ahead of the 2020 election, saying, she is "very excited about it."

I'm running for president. Let's do this together. Join us: https://t.co/9KwgFlgZHA pic.twitter.com/otf2ez7t1p

Harris made the announcement on Martin Luther King Day, saying Dr. King "was aspirational like our country is aspirational ... we know that we've not yet reached those ideals but our strength is that we fight to reach those ideals."

Harris grew up in Oakland and has represented California in the Senate since 2017. Before she became a senator, Harris served as California's attorney general and was the district attorney in San Francisco.

Senator Harris selected Baltimore as the base for her presidential campaign. Baltimore is a long way from her home state of California, but it comes with some advantages; the city is close to the senator's office in Washington and has a diverse population.

She joins a widening field of Democrats vying for the party spot to challenge President Donald Trump, the expected Republican nominee. Among the Democrats running are Sen. Elizabeth Warren (D-Mass.) and Sen. Kirsten Gillibrand (D-NY).

Harris appeared on The View earlier this month and said that, at the time, she was not yet ready to announce a campaign, explaining that a presidential run is something that affects the candidate's whole family.

This is a developing story. Check back for updates.

Who is Kamala Harris? What to know about the presidential candidate