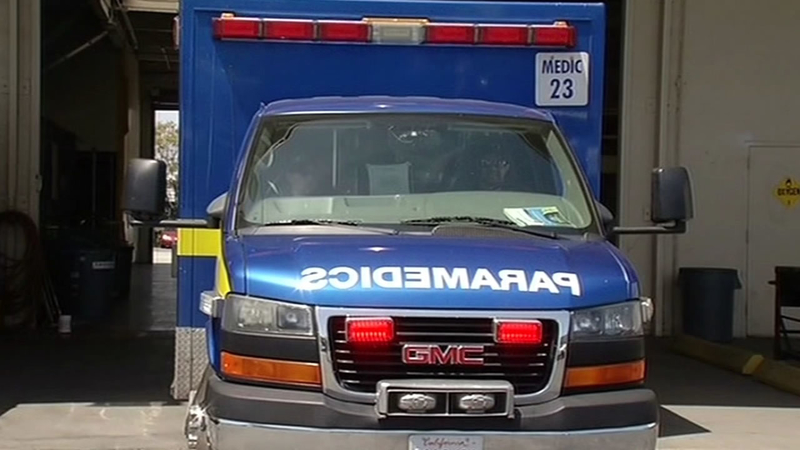 SAN JOSE, Calif. -- Santa Clara County residents can expect to pay more for ambulance service after county supervisors approved an amended contract Tuesday with the county's ambulance company. Their revised contract eliminates late penalties against Rural/Metro if it hits a 12 minute or less response rate for 92 percent of calls.

"On individual calls, if we were late, we would be penalized, financially penalized and that's quite frankly, unheard of in any other system across the country," said Michael Simonsen from the Rural/Metro Corporation.

The amended contract also allows Rural/Metro to increase rates, charge to insurance companies and patients by 10 percent. Rural/Metro has some of the lowest rates and quickest overall response times in the region. However, it has been losing about $9 million a year because of late penalties built into its contract from 2010. Officials in Santa Clara County approved millions of dollars in relief for its contracted ambulance company.

The company will have to keep its response times at a certain level to get part of a $7 million relief package, which means it is an incentive for them to do so. County officials tell ABC7 News this is a win-win for everyone involved.

"You dial 911, you need help, we should be getting you help, and this is all about making sure we maintain those response times, and that we do it in the most financially, beneficial way to the public that we can," Santa Clara County Supervisor Cindy Chavez.

Despite having some of the lowest rates and quickest overall response times in the region, the company has been losing about $9 million a year, due to penalties built into its original contract from 2010 and unforeseen issues related to the Affordable Care Act. Among them was an increase in the amount of Medi-Cal and Medicaid patients. This is the company's final year in the five-year contract.

"Our collection rate, what we've actually been able to collect for the transports we provide, has gone down significantly, and that's been the major factor," Greg James from the Rural/Metro Corporation said.

As part of the amended contract, ambulance rates will go up by five percent this year, in addition to the annual five percent cost of living adjustment already built into the previous contract. Furthermore, franchise and communication fees will be reduced.

Regardless, much of the relief is contingent upon the company hitting a 12-minute or less response rate, for 92-percent of calls.

Fire officials say this situation is a sign of changing times.

"There's going to be pressures on the EMS system, for all medical providers, hospitals, first responders, and ambulances in the future. So we're going to have to work together to find innovative solutions to tackle these problems, they're big," Santa Clara Co. Fire Chiefs' Association president Bill Kelly said.

The county will look at putting the contract out to bid later this summer.