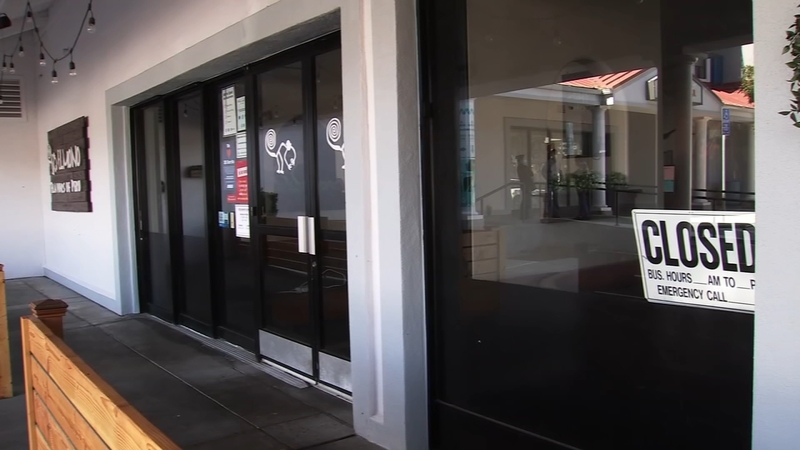 EL CERRITO, Calif. (KGO) -- By mid-morning on Sunday, power outages caused by the Bay Area's first bout of heavy fog and drizzle after a long dry spell continued to affect the region, especially the East Bay.

As of 10 a.m., more than 26,000 customers around the region were still affected, according to PG&E spokesperson Karly Hernandez.

The majority were in the East Bay, where more than 22,000 customers were affected, most of them in the Richmond, San Pablo and El Cerrito areas.

"We woke up and noticed the lights were not on," said Phurba Sherpa, the owner of Tashi Delek in El Cerrito. "We called PG&E and they told me they don't know when power will be back. So we made the decision to close."

No power, no business. Weather related issues are causing power outages for thousands in the East Bay. Tashi Delek can only serve 80% of its menu. The owner says PG&E doesn't know when power will be back. @abc7newsbayarea pic.twitter.com/BnLJitG5ME

PG&E says the light rain caused dirt on power lines to turn to mud, which they say conducts electricity and causes outages.

"We have cleaning crews that take care of the lines," said Deanna Contreras, a spokesperson with PG&E. "It has been a long dry spell and the first rainfall or mist creates problems."

Sherpa says he had to only serve 20% of his menu. He didn't want to open his refrigerators and let hot air from his kitchen contaminate the food. Due to this issue, he cancelled one reservation and might have to cancel others.

"If we don't get the power back, we will have to cancel most of the dinner rush," Sherpa said.

"PG&E never gave me a timetable," he said. "When I heard that I knew it was best just to close till I know."

The outages began Saturday night and crews are working to restore power, according to PG&E.

Power lines and equipment that accrue dust, dirt, salt and other substances after a long dry period are affected when the first mist or fog arrives. The buildup turns into mud, which can contribute to electrical flashovers and cause outages. Arcing can also cause outages, when there is enough dust and particulate in the air near power lines.

PG&E crews continue to work safely and as quickly as possible to restore power to customers.