Pregnant mother of 2 shot to death outside home in Oakland 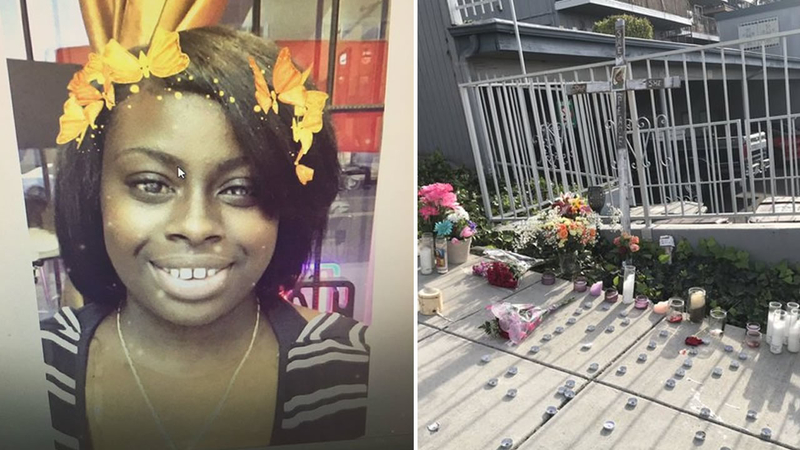 Pregnant mother of 2 shot to death outside home in Oakland

OAKLAND, Calif. (KGO) -- An East Bay mother is being remembered this morning after she was shot and killed over the weekend.

Misty Smith Walton leaves behind two sons, ages 8 and 11, and was six months pregnant with a girl.

Relatives say Misty and her husband came outside Saturday night because their car alarm was going off and they were both shot. Her husband survived.

It happened on 65th Avenue at Outlook Avenue in Oakland. There is a memorial outside her apartment complex parking lot full of flowers and candles.

The owner of a neighboring apartment building said he was shocked to have such a violent crime on their block, saying it's normally a safe area. Another woman tenant who did not want to be identified said the incident has shaken her to the core - she intends to move now.

There is a memorial in front of the home of Misty Smith Walton in Oakland. The pregnant mother of two was shot and killed Saturday night when she went outside because her car alarm was going off. pic.twitter.com/zEuEyzU1LE

Misty was the PTA president at Carl Munck Elementary School, where she had a second grader.

"This school is devastated. Kids, parents, staff, everybody is in mourning. 'Miss Misty,' as she was known, was a beloved member of this community," said school district spokesperson John Sasaki.

She is described as a remarkable parent who always stepped up when something needed to be done. The school brought in four psychologists Tuesday to help everyone with their grief.
"There was a faculty meeting before school started to let everyone know what was going on and I was in there for a few minutes and everyone is walking around kind of in a daze, hugging each other, lots of tears. It's very difficult in there," Sasaki said.

Her friends have set up a GoFundMe page to raise money for her kids. The page says Misty left a smile that will never go away.

Misty Walton's two sons are in the care of a relative as her husband recuperates with gunshot wounds. He's listed in stable condition.

Police have not announced any arrests or suspect descriptions.

Neighbors shaken to the core at the violent shooting death of a pregnant woman outside her Oakland apartment. Her husband survives in stable condition. Her two sons, 8 & 11, are ok. #abc7news pic.twitter.com/DGBMmqOE3t

Misty Walton was 6 months pregnant when she was gunned down and killed Saturday outside her Oakland apartment. Friends say she was devoted to her sons, 8 & 11. #abc7news pic.twitter.com/iyWJu4GSy7