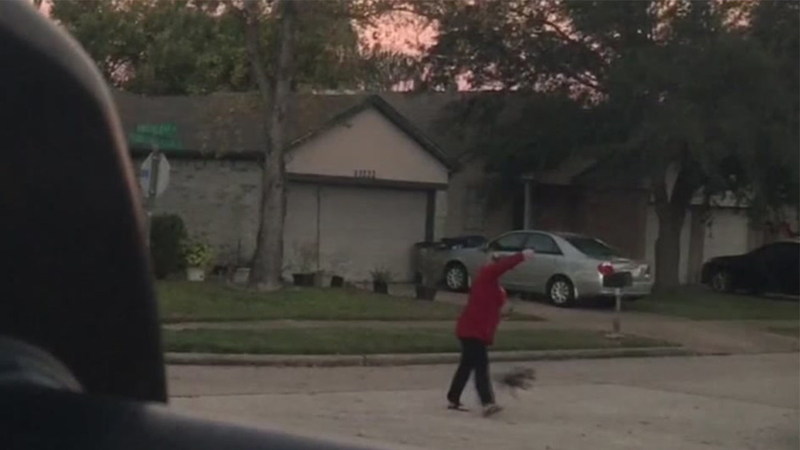 HOUSTON -- A woman was caught on camera dragging a puppy by its leash in a northwest Houston neighborhood. The woman was seen by a neighbor on Broadleaf Drive.

The woman, wearing a red shirt and black pants, is seen on the video yanking and dragging the dog.

"By the time the leash got tight, she would yank the puppy so it could move ahead," said the neighbor.

At times in the video, you can see the puppy being flung into the air, thrusting forward and then falling on the concrete or grass.

"It got me upset, because I'm a pet owner myself," he said.

At one point, the woman was seen picking up the pup. She walked with in her arms, and then after a car drove by, she threw the puppy into the grass and started yanking it again by the neck. The neighbor we spoke with said at that point, he had enough.

He explained, "I stopped by her and I said 'Hey, are you trying to kill that puppy?'"

When she answered that she was just trying to walk it the neighbor says he told her, "Well, it doesn't look like that puppy wants to walk and you're just dragging it."

The neighbor said the woman kept insisting that she wasn't trying to harm the dog. She was just trying to teach it to walk on a leash.

The neighbor said he is considering filing a report with authorities on Tuesday.