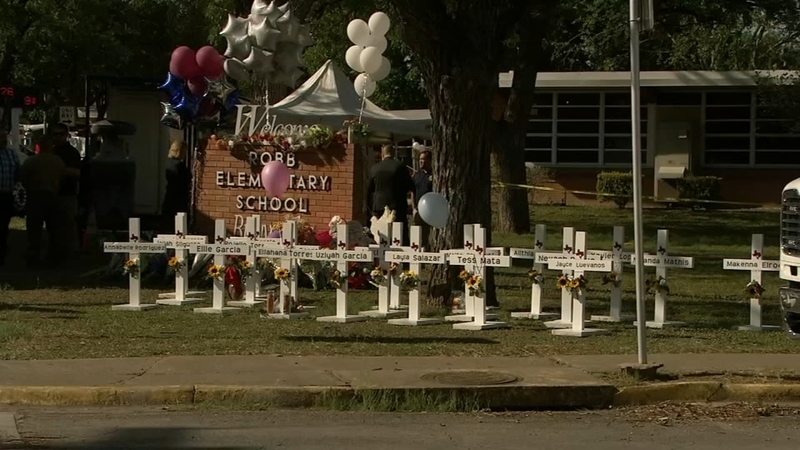 UVALDE, Texas -- Salvador Ramos told girls he would rape them, showed off a rifle he bought, and threatened to shoot up schools in livestreams on the social media app Yubo, according to several users who witnessed the threats in recent weeks.

But those users -- all teens -- told CNN that they didn't take him seriously until they saw the news that Ramos had gunned down 19 children and two adults at an elementary school in Uvalde, Texas, this week.

Three users said they witnessed Ramos threaten to commit sexual violence or carry out school shootings on Yubo, an app that is used by tens of millions of young people around the world.

The users all said they reported Ramos' account to Yubo over the threats. But it appeared, they said, that Ramos was able to maintain a presence on the platform. CNN reviewed one Yubo direct message in which Ramos allegedly sent a user the $2,000 receipt for his online gun purchase from a Georgia-based firearm manufacturer.

"Guns are boring," the user responded. "No," Ramos apparently replied.

In a statement to CNN, a Yubo spokesperson said "we are deeply saddened by this unspeakable loss and are fully cooperating with law enforcement on their investigation." Yubo takes user safety seriously and is "investigating an account that has since been banned from the platform," the spokesperson said, but declined to release any specific information about Ramos' account.

Use of Yubo skyrocketed during the coronavirus pandemic, as teens trapped indoors turned to the app for a semblance of in-person interactions. The company says it has 60 million users around the world -- 99% of whom are 25 and younger -- and has trumpeted safety features including "second-by-second" monitoring of livestreams using artificial intelligence and human moderators.

Despite those safety features, the users who spoke to CNN said Ramos made personal and graphic threats. During one livestream, Amanda Robbins, 19, said Ramos verbally threatened to break down her door and rape and murder her after she rebuffed his sexual advances. She said she witnessed Ramos threaten other girls with similar "acts of sexual assault and violence."

Robbins, who said she lives in California and only ever interacted with Ramos online, told CNN she reported him to Yubo several times and blocked his account, but continued seeing him in livestreams making lewd comments.

"[Yubo] said if you see any behavior that's not okay, they said to report it. But they've done nothing," Robbins said. "That kid was allowed to be online and say this."

Robbins and other users said they didn't take Ramos' comments seriously because troll-like behavior was commonplace on Yubo.

Hannah, an 18-year-old Yubo user from Ontario, Canada, said she reported Ramos to Yubo in early April after he threatened to shoot up her school and rape and kill her and her mother during one livestream session. Hannah said Ramos was allowed back on the platform after a temporary ban.

Hannah, who requested CNN withhold her last name to protect her privacy, said Ramos' behavior turned increasingly brazen in the last week. In one livestream, she said, Ramos briefly turned his webcam to show a gun on his bed.

The users said they didn't make recordings of Ramos' threats during the livestreams.

Yubo's community guidelines tell users not to "threaten or intimidate" others, and ban harassment and bullying. Content that "promotes violence such as violent acts, guns, knives, or other weapons" is also banned.

Just a week before the Uvalde attack, Yubo announced an expanded age verification process that involves users taking a photo of themselves and the app using artificial intelligence to estimate their age. The platform only allows people 13 and older to sign up, and doesn't allow users 18 and older to interact with those under 18.

Yubo, which is based in Paris, has attracted controversy since it launched in 2015 under the name Yellow, with some local law enforcement officials warning about the possibility of abuse. Police have arrested men in Kentucky, New Jersey and Florida who allegedly used Yubo to meet or exchange sexually explicit messages with kids. Last month, Indiana police investigating the 2017 murder of two teenage girls said they were seeking information about a Yubo user who had solicited nude photos of underage girls on other social media platforms.

Ramos' disturbing social media interactions didn't only take place on Yubo. One user, a girl from Germany who met Ramos on Yubo, said she had some troubling interactions with him via text and FaceTime. The 15-year-old said she received text messages from him shortly after he shot his grandmother and before his assault at the elementary school, as CNN previously reported.

The girl said she thought any violent or strange comments Ramos made were in jest.