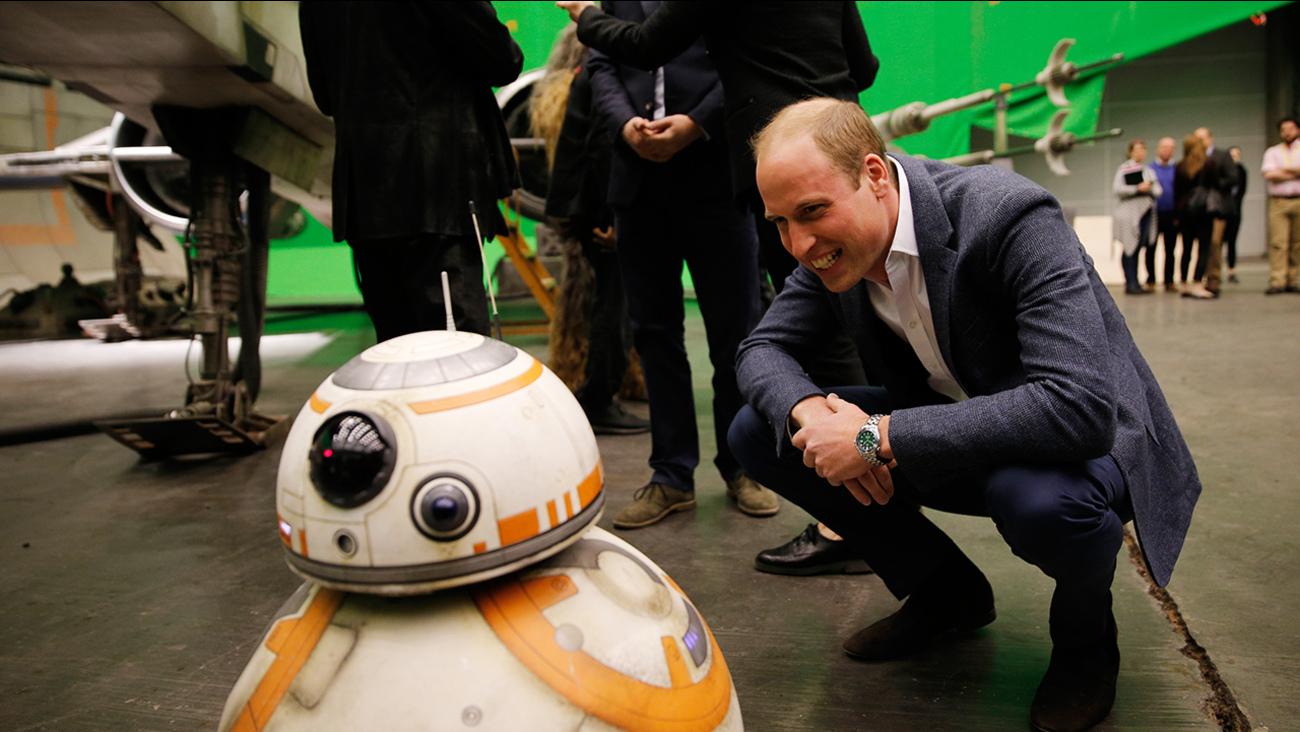 A time not too long ago in a country far, far away, Prince William and Prince Harry got a behind-the-scenes look into the filming of Star Wars: Episode VIII.

The royal brothers visited Pinewood Studios in London on Tuesday where the sci-fi sequel is being filmed and got the chance to play around with lightsabers, sit in a X-wings and even meet the galaxy's most lovable rolling droid, BB-8. Cast members Daisy Ridley, John Boyega, Mark Hamill and director Rian Johnson were also at the studio for the intergalactic meet and greet.

Britain's Prince William and Prince Harry use lightsabers during a tour of the "Star Wars" sets at Pinewood studios in Iver Heath, west London, Tuesday, April 19, 2016.

Prince Harry sits in an A-wing fighter as he talks with Mark Hamill during a tour of the Star Wars sets at Pinewood studios in Iver Heath, west London, Tuesday April 19, 2016.

Prince William and Prince Harry look at Star Wars character the droid C3P0 as they visit the creature and droid department at Pinewood studios on Tuesday, April 19, 2016.

Britain's Prince William, right, is shown props during a tour of the Star Wars sets at Pinewood studios in Iver Heath, west of London on Tuesday April 19, 2016.

...and so has The Duke! pic.twitter.com/c9gOh4ACyA

Prince Harry has made a new friend... pic.twitter.com/mTra1UoSMx

Next up: a visit to the @starwars costume department @PinewoodStudios pic.twitter.com/18y76YLFxK