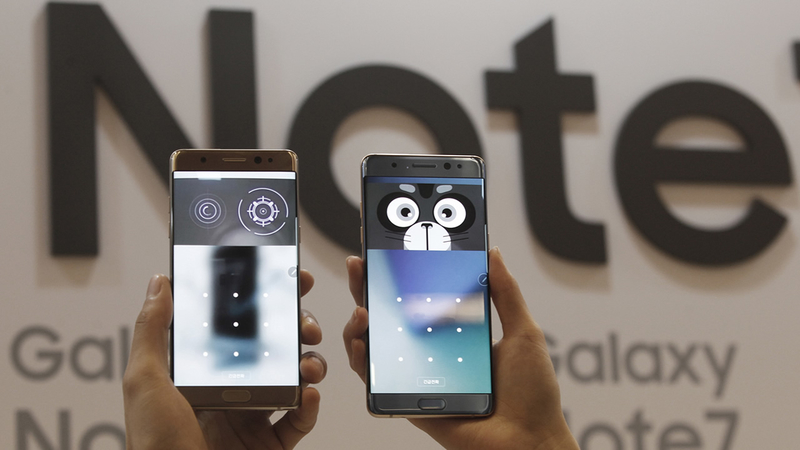 SAN JOSE, Calif. -- U.S. regulators are issuing an official recall of Samsung's Galaxy Note 7 phone because of the risk that its batteries can explode or catch fire.

Samsung already has voluntary recalled the devices, but the U.S. Consumer Product Safety Commission is stepping in on a formal recall.

Samsung says it has confirmed a few dozen instances of the problem, out of 2.5 million phones sold. Samsung promised replacement devices, but that was put on hold while regulators reviewed the situation.

The recall comes at a crucial time for Samsung, as its rival Apple just announced its own latest versions of the iPhone. The Note series is one of Samsung's most expensive, and demand for the phone had been high.