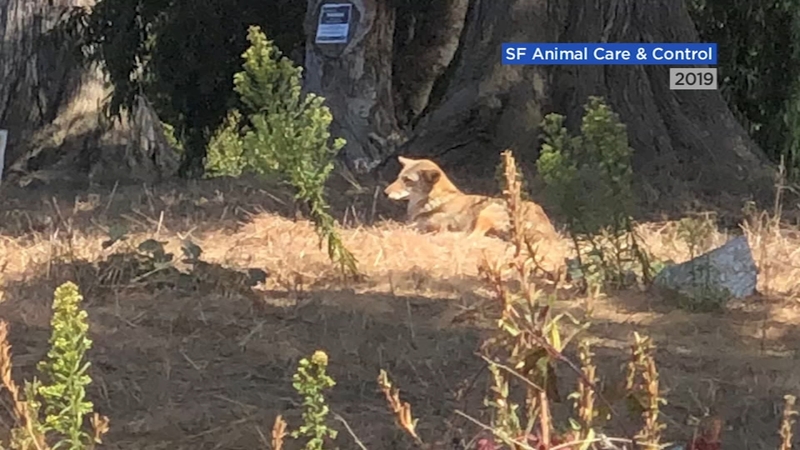 SAN FRANCISCO (KGO) -- A coyote that had repeatedly charged at toddlers in San Francisco's Golden Gate Park has been killed by wildlife officials.

San Francisco Animal Care and Control officials provided this image of the coyote from 2019 - when it was spotted near Lake Merced.

They say people illegally leaving food for the coyote, as seen in the video in the player above, contributed to its fearlessness.

Local animal control called in federal officials, who determined they needed to act because the coyote was a threat to safety.

Ecologist protects coyote den from dogs by blocking some trails in the Presidio District of San Francisco.