Here's how the Presidio's protecting coyote pups from confrontations with dogs 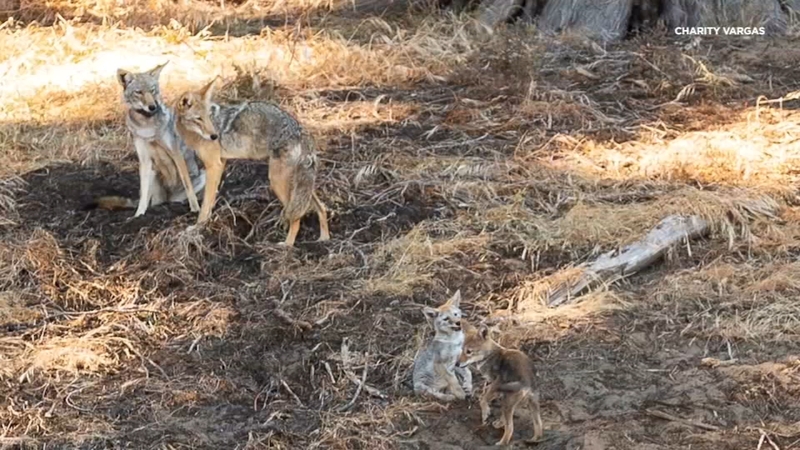 SAN FRANCISCO (KGO) -- Wildlife ecologist Jonathan Young is on a mission to keep some of the Presidio's newest residents safe, a fresh litter of coyote pups. He's been busy placing signs, letting dog walkers know that certain trails in the park are now off-limits to dogs.

And the timing is critical. An unmanned wildlife camera captured these images of one of the Presidio's two resident coyotes constructing a den several weeks ago. And monitoring confirmed that the female was pregnant.

"So we've gotten a lot of footage on our camera traps, over the last four weeks. She's very big, full of pups," says Young.

This is actually the coyote couple's second delivery. A litter of pups, born last year showed up on an unmanned camera feeding from their mother. Eventually, the pups are driven off by their alpha parents to find their own habitat outside the Presidio.

"Each year that litter of offspring gets essentially kicked out of this territory. So we really have one pair that's long term," he explains.

But for the next several months, the mother and father will defend the litter against threats, particularly from fellow canine species. So the Presidio team is closing trails to dogs that run closest to the den, and areas where dog walkers are likely to come in contact with the coyotes.

For some, it's an inconvenience, but others we spoke to on Monday felt a kinship to help protect the pups.

"It's also their trails too, so if it keeps us safe, I think it's great," said one dog walker.

The warning signs show the few trails that are temporarily off-limits to dogs, which still leaves miles of pathways open for dog walkers to use until pupping season ends in September.

It's a well-thought-out balancing act, designed to keep visitors, both wild and domestic, safe.

As for the female coyote, Young says they're checking cameras, trying to learn if she's just given birth. If not, they expect it to be any day now.