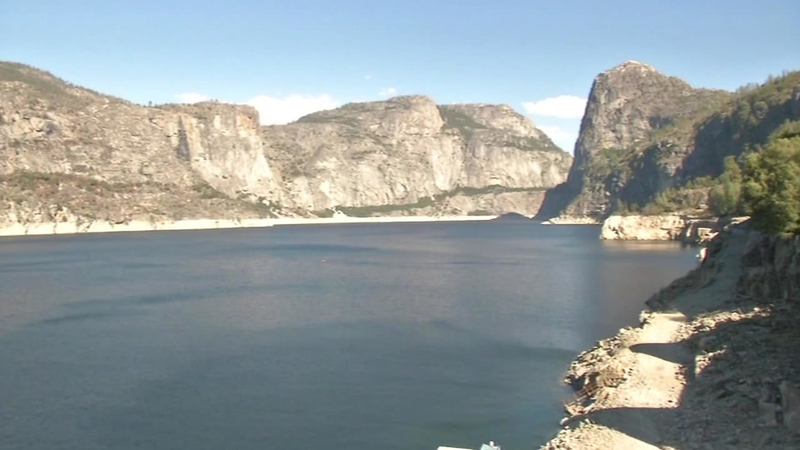 SAN FRANCISCO (KGO) -- The San Francisco Public Utilities Commission gave its mid-year water supply update Monday and announced that the Hetch Hetchy Regional Water System storage is at less than 65 percent capacity and all available snowpack has melted as of this week.

The Hetch Hetchy Reservoir in Yosemite National Park can store up to 117 billion gallons of drinking water that is used for the Hetch Hetchy Regional Water System that provides water for 2.6 million Bay Area customers.

San Francisco which gets its water from the Hetch Hetchy reservoir decided to ask for voluntary conservation instead and San Franciscans got their report card on Monday.

"The last three years were the driest on record. This is the worst three years than any we've ever seen here in San Francisco Bay Area," SFPUC spokesperson Steve Ritchie said.

Only in the last month have residents begun to take this drought and the request for voluntary cuts seriously.

ABC7 News spoke with San Francisco resident Lindsey Parker who said she could do more if she had more guidelines from the city on what to do. She said the guidelines would be helpful.

She got that wish in the form of a homegrown advertising campaign that tries to give water conservation a certain, almost sexy cache.

One woman said she's trying to take shorter showers and turns off the water when brushing her teeth.

But still, it needs to be a mass effort. The water utility did not take the more drastic measure based on a trend, not based the present numbers.

"I feel that we are trending that way, however we're monitoring and we reserve the right if things reverse to then make it mandatory," SFPUC General Manager Harlan Kelly said.

A summer water conservation campaign has kicked off and in an effort to entice more saving, the SFPUC is increasing rebate amounts for replacing old toilets, urinals and washing machines starting in July.

Customers are asked to evaluate water consumption at home and work and try to take shorter showers, turn off running taps, run full loads in the dishwasher and washing machine, limit outside watering and other water-saving measures.