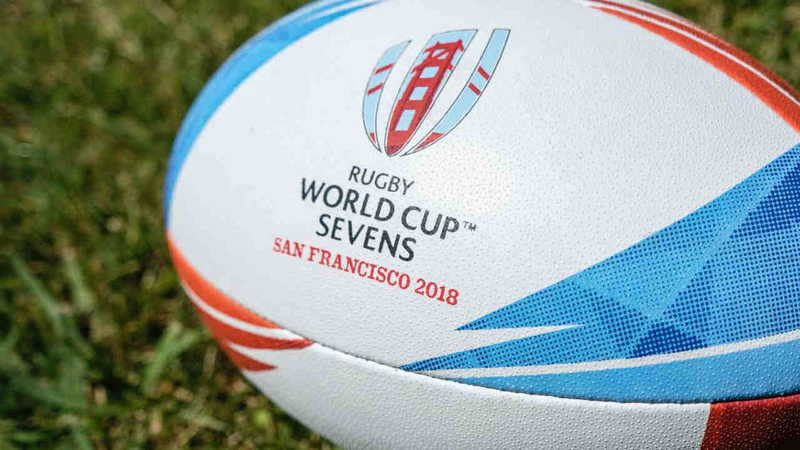 SAN FRANCISCO (KGO) -- It's good that the San Francisco Giants are on the road, because inside AT&T Park, the infield dirt is gone. Home plate - stolen. And, while the foul poles still stand, goal posts have usurped them.

"You ruined the baseball field?" we asked Rose Spaulding.

"Temporarily, we have over-laid the pitch," she said.

That's pitch as in rugby. Rosie is the general manager of a World Cup you may not have known is coming to town, the Rugby Sevens. Forty teams of men and women from 28 countries participate, including New Zealand, whose players say they like it here.

"We do love the accents. The American accents," said Loni Nareki of the New Zealand Blacks.

"I thought it was the other way around?" we replied.

"Oh no. You have the accents," Nareki said.

Until Friday, they'll be practicing at Ray Sheeran Field on Treasure Island, where the San Francisco Golden Gate Rugby Club shares a century-long tradition of playing the game in this region. As a primer, we asked club president Paul Santinelli to name some of the field positions in this game of seven on seven, played in seven minute halves.

"You have a front row, two props, a hooker," Santinelli said.

"A hooker?" we asked

Also true, that although Rugby is brutal sport, the players would never conduct themselves in their World Cup the way we just saw in another World Cup.

"You get hurt in Rugby?" we asked Neil Foote from the rugby soccer club.

Clearly not. Or baseball. But you may like Rugby Sevens anyway. It's physical, powerful, fast-moving, has collisions, contact, aerial ability, agility...and the American team has a chance to win.