"I hope that when people see me walk across that stage, they will see themselves overcoming their own challenges."
KGO 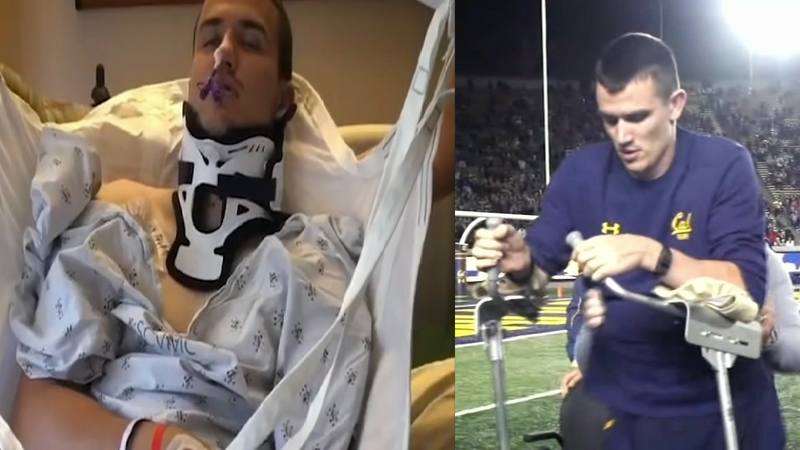 Paralyzed Cal rugby player to walk for his college graduation

BERKELEY, Calif. (KGO) -- We never really know how life can change in an instant, until it happens. Robert Paylor knows all too well. "In one moment I was living my dream. In the next, my worst nightmare."

The Robert Paylor we see today is no longer the physical specimen he used to be on May 6, 2017.

While playing Rugby for Cal in the NCAA National Championship game, he slammed to the ground and broke his neck. He became a quadriplegic. The doctors were not optimistic.

"They said, 'Robert, your injury is so bad you will never walk again or move your hands. You will be lucky to lift a piece of pizza.'"

It is a story told many times in the Cal athletic community. One that Robert has told even more as he turned the worst moment of his life into a reason for living---to inspire people as a public speaker.

But the pandemic has made it impossible for him to walk for his diploma.

On Sunday, that will change. Along with the rest of his 2020 class, he will walk on his own two feet for his business degree.

RELATED: US to erase student loan debt for those with severe disabilities

Yes, Robert Paylor has made that much progress. With the assistance of a walker, he can go 300 yards. Ten will suffice.

"I hope that when people see me walk across that stage, they will see themselves overcoming their own challenges."

Every one of us has such challenges. Robert Paylor's walk may be the last and most important lesson from four long years filled with them.

"Those ten yards are going to be the most important ten yards of my life."