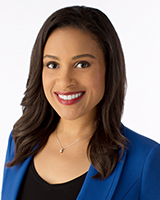 Three Bay Area sisters have introduced a dating app that is designed by women for women. It got a lot of attention on the ABC show "Shark Tank".

SAN FRANCISCO (KGO) -- January is reported to be the busiest month of the year for online dating, as millions of people resolve to find love in the New Year.

Dating sites use all sorts of different formulas, but almost all have one thing in common -- they were designed by men. Now three Bay Area sisters are shaking things up with a dating app designed by women for women.

We all know the singles scene can be brutal, that's why an estimated 50 million Americans have signed up for online dating in the past three years, but for a lot of women it just doesn't work.

That's why Arum, Dawoon, and Soo Kang decided to create their own dating service called Coffee Meets Bagel -- carefully crafted to appeal to women. Their company in San Francisco is two years old and growing fast.

Last week the sisters were on the ABC show "Shark Tank" where investor Mark Cuban made them the biggest offer in the show's history. The Kang sisters are so confident in their product, they walked away from Cuban's $30 million offer to buy their entire company.

Arum explained it was "because we see this business as growing as big as Match.com. And do you know how much revenue they are generating? $800 million a year."

Coffee Meets Bagel is a mobile dating app with a key difference. Arum says most of the dating sites are "all about serving as many pictures and options as possible. Men love looking at photos of women, so they love the choices. They are going to browse endless photos. It's fine. For women, most of us want something more meaningful."

Instead of quantity, this site promises quality. It takes just a minute to register with no long questionnaires. Instead, you sign up through Facebook then the site uses your Facebook information to determine your preferences and match you with friends of friends.

Allyse Brown first tried it more than a year ago. She said, "The concept of being connected with someone who has friends in common seemed a little less scary than regular online dating."

You get one match per day with 24 hours to decide whether you want to be introduced. If both say yes, you are connected for a chat.

"When we actually give you a match, who is a friend of a friend, there is actually a 47 percent more likely chance that the match, the introduction will result in mutual like," Dawoon said.

The basic service is free, but you can pay for extra features. Everything is designed to appeal to women, but men are signing up too.

"There is a saying out there that 'Once you attract women, men will just follow' and this is totally true," Arum said.

One of those men is Jay Parhkh. He said, "Every day you are sort of looking forward to who am I going to get matched with and then you're able to have this really nice dialogue with them and sort of make this decision as to whether you want to actually meet up with the person."

That's how Parhkh met Brown and after a year of dating they're engaged.

The Kang sisters report the site has made more than 20 million matches with 10,000 couples in relationships and about 80 couples engaged or married. As for the turning down the Sharks' offer, they say they have no regrets.

"Who knows if we had those guys, maybe it could have been different, but at the end of the day, I think we are doing very well without those guys," Arum said.

Even without the Shark Tank money, just being on the show last Friday was a big boost. Coffee Meets Bagel reports a big surge in sign-ups for their app, which is available for both Android and iPhones.