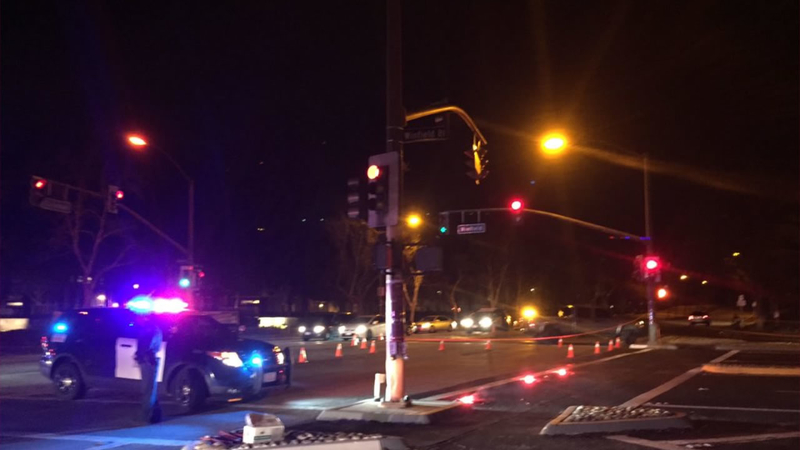 SAN JOSE, Calif. (KGO) -- A teenage girl is in the hospital after the man who stole her car opened fire. The shooting happened Monday, just after 6:30 p.m. on Coleman Road and Winfield Boulevard, just down the street from the Westfield Oakridge shopping mall.

San Jose police say the girl confronted the thief while he was stopped at an intersection. It was a confrontation that ended violently during the evening commute.

Officers gathered possible evidence where a car thief opened fire on a 17-year-old girl. Police say he stole her car just down the road, where she left it unattended with the engine running.

"A girl being involved and shots were fired. In a minute's time there were a million cops," San Jose resident Greg Vander said.

Police say the girl and her friend drove after the thief, after witnessing him stealing the car. When they caught up to him at Coleman and Winfield, police say the girl walked up to him, and after exchanging a few words, was shot in the shoulder. Police say her injury is non-life-threatening.

"It is nice condos and they go for a good amount of money. It's a nice area, I mean, it's Lake Park," Vander said.

Residents are surprised something like this happened in their neighborhood. It's near Almaden Lake Park -- an area where people don't typically worry about violent crime.

"It is surprising with the amount of people walking the dogs, strollers and stuff like that. It's a very calm neighborhood, a very calm park so something like this is very rare," San Jose resident Derek Speer said.

As for the car thief, police say he got away. He abandoned the vehicle in a neighborhood nearby.