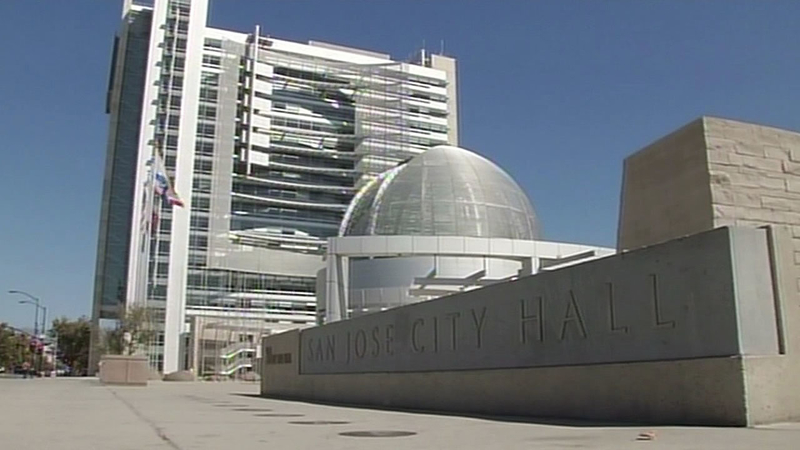 SAN JOSE, Calif. (KGO) -- The long labor dispute involving San Jose city employees and their pensions could soon be coming to an end. A new agreement could save taxpayers nearly $3 billion over the next 30 years, but it is certainly not a done deal just yet.

On Friday, there was a spirit of cooperation at San Jose City Hall as city leaders announced a tentative agreement covering 99 percent of the civilian employees.

"I made a very conscious decision to stay working for this city through these very difficult times, and I'm glad that we've done this, and that we'll be able to keep moving forward because I want the city to go back to where it was when I first started working here," Kara Capaldo, a city employee, said.

Previously at issue is Measure B a pension reform and retiree health care measure that was passed by voters back in June of 2012. Forcing new employees to pay 50 percent of their pension costs, and requiring current employees to select a lower-cost plan, or make more contributions to their current plan. Lawsuits then immediately followed.

But the majority of litigation could soon be dropped after eight of the city's nine employee unions tentatively agreed to an alternative framework similar to that of which the fire and police unions approved earlier this summer.

"What's critical for us right now is restoring our police department. We need to be able to hire quickly, and be able to retain the officers we have, and perhaps attract a few officers back who have left in the last couple of years," San Jose Mayor Sam Liccardo said.

The framework, which is expected to save taxpayers nearly $3 billion over the next 30 years, establishes among other savings, a new set of lower-cost pension benefits for future civilian employees, who'll no longer have a retiree healthcare plan, but rather an optional contribution account.

"Now we can really focus all, 100 percent, on the services we provide for the residents of San Jose," Laverne Washington, a city employee, said.

Union members have until Dec. 15 to accept or reject the agreement. Should the city council approve it, it would then go before a judge with the request to immediately suspend Measure B. Some sort of ballot measure would then be presented to voters in November of 2016.