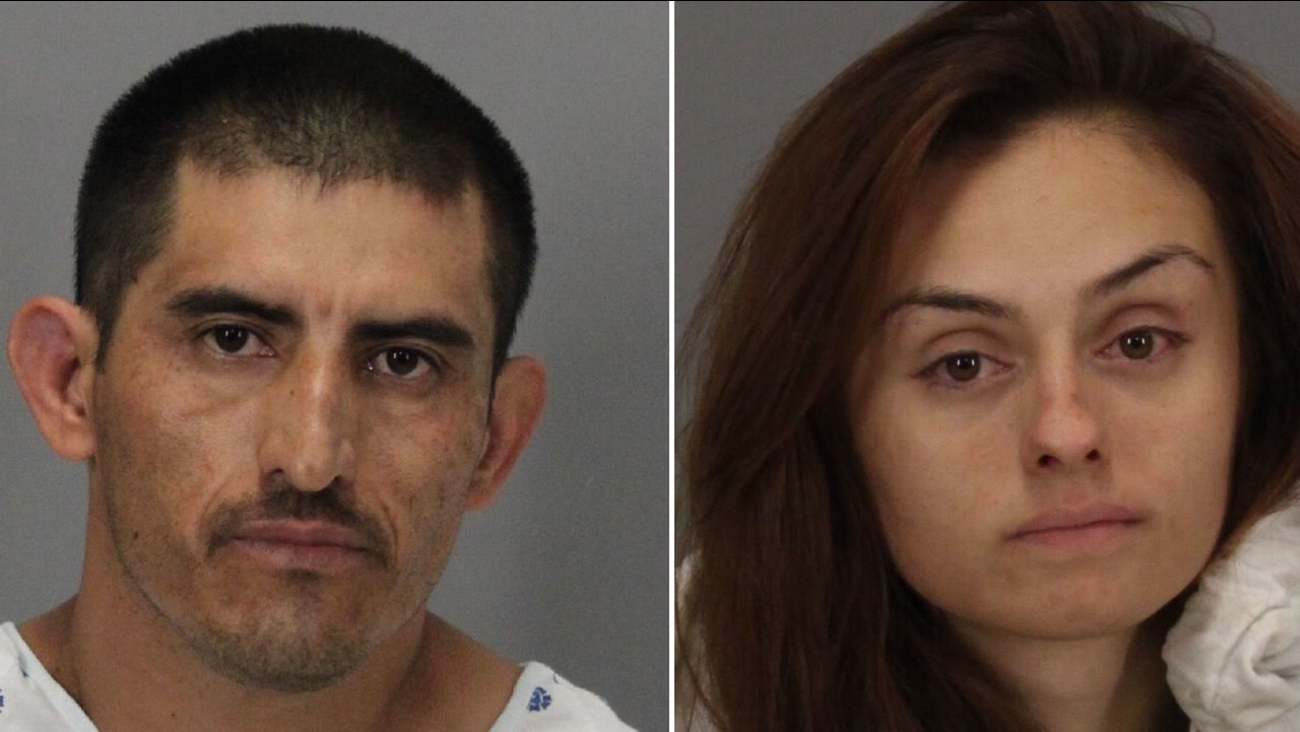 Juan Antonio Gonzalez-Lara, 37, and Sara Maciel, 21, were arrested after allegedly driving a car at a police officer and striking an occupied patrol car in San Jose Sunday. (KGO-TV)

SAN JOSE, Calif. -- Police have identified a pair arrested hours after allegedly driving a car at a police officer and striking an occupied patrol car in San Jose on Sunday evening, a police spokesman said Tuesday.

They were both also found with warrants, he said.

On Sunday around 6:30 p.m., the pair was in a vehicle that members of the department's gang suppression unit tried to stop in the area of Story Road and McLaughlin Avenue, he said.

One of the two suspects drove at an officer, who was standing outside, in an apparent attempt to hit the officer, Morales said.

The officer was able to move out of the way and tried to follow the car but police said the officer ultimately lost sight of the vehicle.

Officers on patrol spotted the suspect car in the area of Tully Road and McLaughlin Avenue, police said.

The suspect driver allegedly struck an occupied police cruiser and continued driving before both suspects abandoned the car and fled on foot.

Officers conducted a yard-to-yard search and asked nearby residents to stay inside, Morales said.

Roads in the area were blocked off during the search, according to police.

The suspects were found and arrested around 9:45 p.m. in the backyard of a home on McLaughlin Avenue, police said.

Gonzalez-Lara was also arrested on suspicion of hit-and-run, police said.

He is being held at the county main jail on $221,000 bail, according to jail records.