SAN MATEO COUNTY, Calif. (KGO) -- Scientists will try to figure out what led to the death of a whale now beached at Pillar Point along the San Mateo County coast. A large crowd has gathered there to check it out.

The baby whale washed up on the rocks at the Pillar Point RV Park, just off of Highway 1. 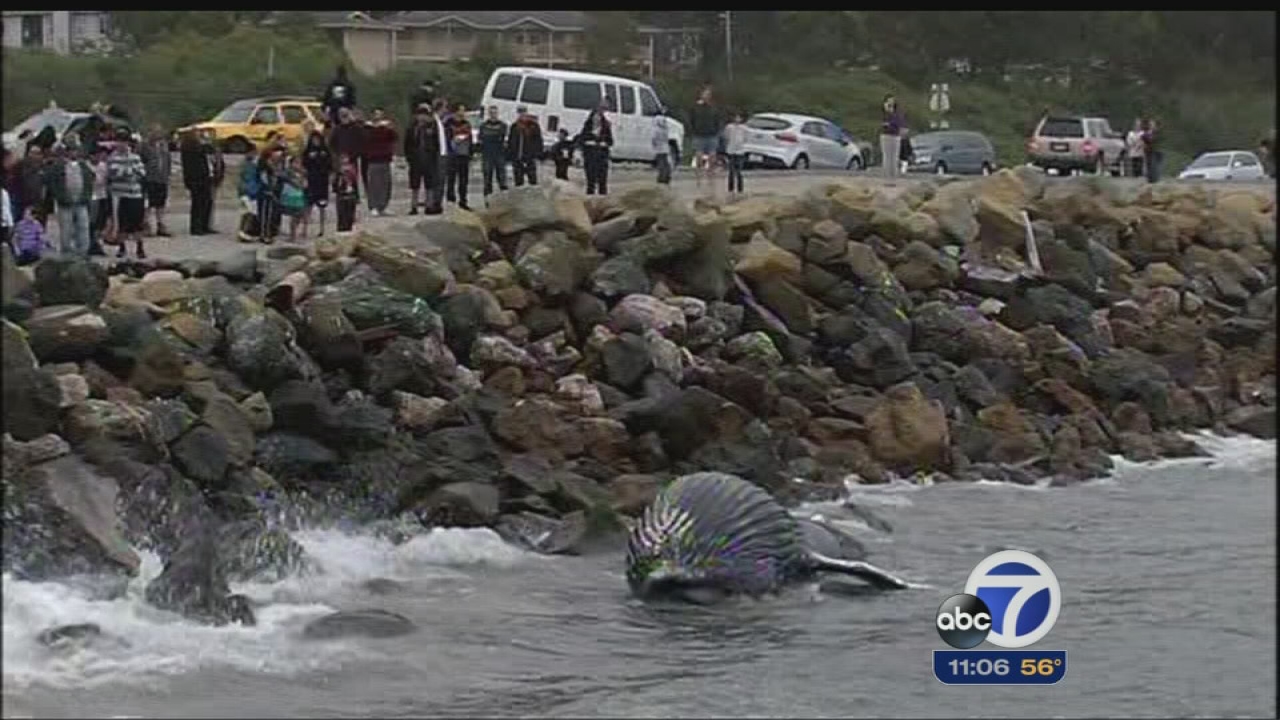 A state park ranger identified it as a young humpback whale, about 25 to 30 feet long. The whale was on its back and you can see the grooves on its throat which allow the throat to expand and contract so it can take in huge amounts of water when it's feeding.

Several beach combers say they spotted the dead whale, floating in Half Moon Bay, around 3 p.m. Wednesday. It was in front of Sam's Chowder House and eventually it drifted toward the RV park where it washed up.

RV park resident Phil Ayala said, "Everybody in the RV park is basically concerned about where it was going to end up and how it was going to smell up the place or whatever. And everybody was stopping along the side of the road. It became quite an event. There were a couple of hundred people out here watching it."

The California Academy of Sciences says it will check out the whale on Thursday to examine the whale and eventually do a necropsy to find out how it died.

The Pillar Point Harbor master says it's also their responsibility to dispose of the carcass, which means they will likely tow it out to sea.

We're also told the Marine Mammal Center, NOAA, and the U.S. Coast Guard will also be out there helping out.