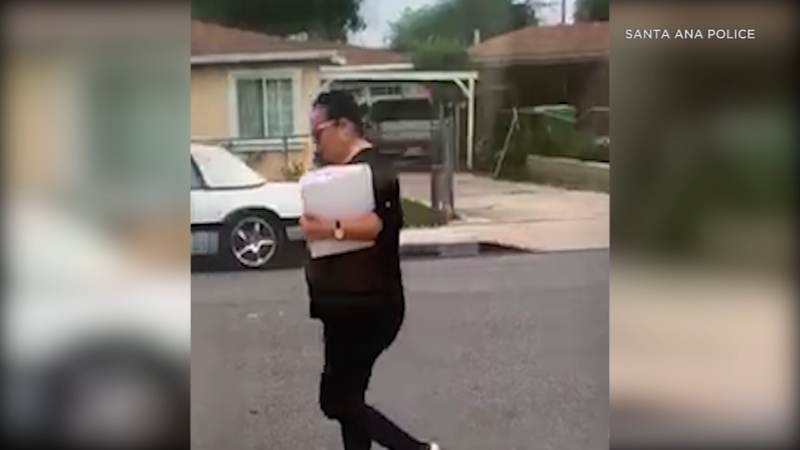 SANTA ANA, Calif. -- Police are searching for a woman accused of posing as a social worker and trying to kidnap a baby from his home in Santa Ana.

The woman, who said her name was Mayella Ortega, arrived at the home in the 2300 block of South Evergreen Steet on May 31 and told the infant's mother that she was there to take her 1-week-old baby into protective custody. The suspect did not provide any identification, Santa Ana police say.

The mother then questioned the woman, who said she'd return with the sheriff's department and threatened to forcibly remove the baby from the home, according to police. The suspect, who was recorded on video, left the residence in a white SUV.

Social services said no one by the woman's given name works for the agency, and there are no records connected with the home.

An investigation is underway.