A new clue has surfaced in the investigation of the hit-and-run accident that resulted in the arrest of a San Francisco police officer known as the "Hot cop of the Castro."

SAN FRANCISCO (KGO) -- A new clue has surfaced in the investigation of the hit-and-run accident that resulted in the arrest of a San Francisco police officer.

Surveillance video from the crash scene in North Beach shows a person running away. Police have arrested one of their own, Christopher Kohrs, in the case.

In better times, he was called the "Hot Cop of the Castro".

The two crash victims are being treated at San Francisco General Hospital. One of those victims is Victor Perez, who was upgraded to fair condition. His close family and friends say they waited until Monday morning to tell him the person who hit him was an off duty San Francisco police Officer.

Americo Diaz says his close friend, Perez, was helping load musical equipment into a car when the driver of a Dodge Charger hit Perez and another friend.

"He's just the most compassionate, kind person you could ever meet," Diaz said. "His broken is three places and his leg is broken."

Late Monday night, ABC7 News learned the second victim hit is Franco Vilchez. He is suffering from a broken neck, fractured left top eye socket, broken nose, broken jaw and has some teeth missing. His brain was initially bleeding as well. Vilchez is a veteran of the Iraq War.

The driver ditched his Dodge, but police quickly identified who was behind the wheel. Officer Kohrs, 38, is a seven-year veteran with the department. The accident happened around 2:20am Sunday at Broadway near Montgomery, an area lined with clubs and surveillance cameras.

Parking attendant Meric Ball shared a surveillance video. It shows people running towards the scene and at least one person running in the opposite direction, though it's not clear who that person is.

"We don't know if he's trying to get help, or running from something," Ball said.

"We hold ourselves to a higher standard as police officers and we don't like to see anything like that happen," said San Francisco police Sgt. Michael Andraychak.

An SFPD spokesperson says Kohrs turned himself in as many as eight hours after the accident, much later at around 10 a.m. at the police headquarters on Third Street. Timing, which would affect any sobriety tests given. "That's something that's being taken into account by the investigator," Andraychak said.

No one answered the door at Officer Kohrs' home Monday.

In an interview with halfkorean.com, he spoke about his awareness of the increased scrutiny that came with sudden fame saying, "I drove very carefully, never peeled out. I never got overly drunk and said inappropriate things before this thing came out, because everyone was watching."

SFPD says prior to the accident, Kohrs was already on medical leave. If cleared to return, he'll be suspended and if found guilty on felony hit and run, he would likely lose his job. 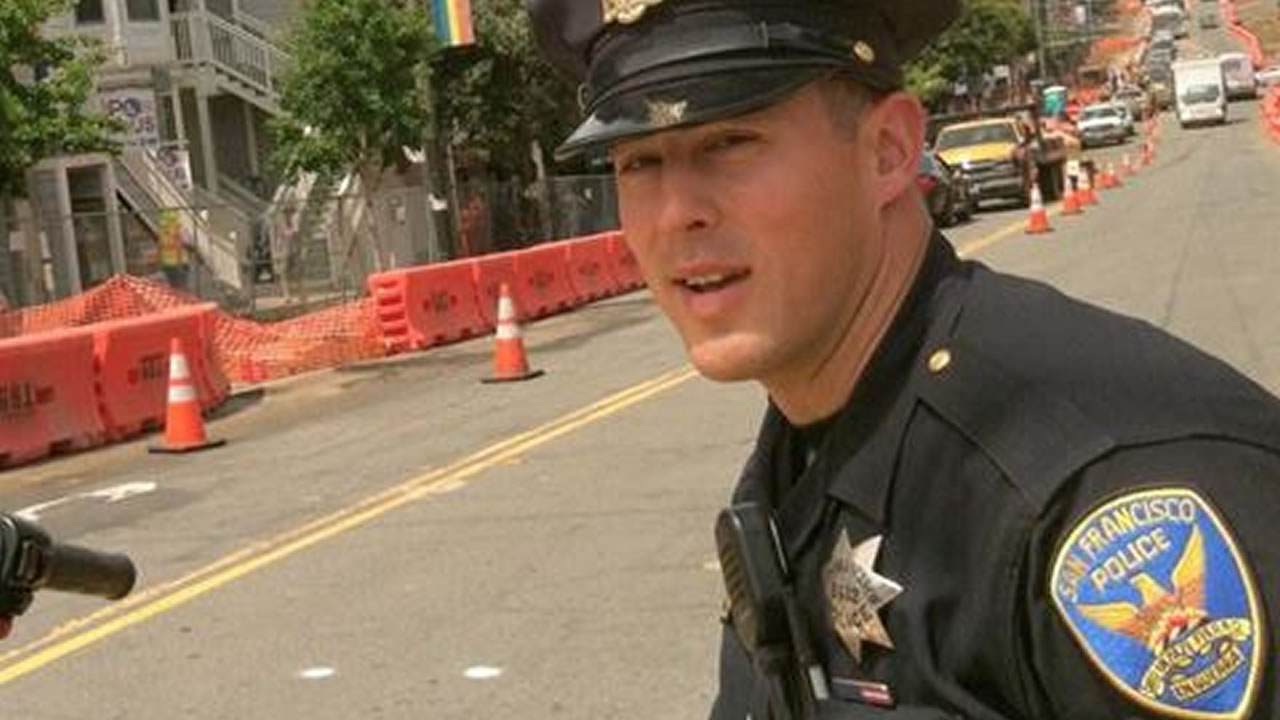