ABC7 Insider Phil Matier spoke to San Francisco's Police Chief Bill Scott Monday to find out what is being done to prevent retail theft in the city.

SAN FRANCISCO (KGO) -- Swarms of robbers broke into a luxury Union Square store on Friday and made other attempts to strike businesses around the city this weekend as well.

These bold, organized retail thefts seem to be picking up in frequency and in danger, as some of the robbers are now armed.

Our ABC7 Insider Phil Matier spoke to San Francisco's Police Chief Bill Scott Monday to find out what is being done to prevent these attacks.

The Chief says the answer is to get tougher on crime, and add more police officers to the streets... Neither are popular ideas with politicians these days, many of whom oppose a return to harsher sentences, and in some cases, are pushing for fewer cops.

Phil: Chief, you've been in law enforcement for going on how many years?

Phil: Why is this happening now?

Chief Scott: I think it's combination of things. And number one, it's people who are getting away with it sometimes and accountability is a part of it. Property crime is typically, doesn't have consequences as other types of crimes.

Phil Matier: So there's a good chance if you go and you do these things, even if you're caught.

Chief Scott: There's, there's less consequences, that's for sure. I mean if you are in that business, and that's what you do for a living, commit crimes, you're going to probably go toward the crimes that are less likely to have consequences that's likely to be caught, particularly when you have 40 or 50 people rushing at one time.

Phil Matier: Why do you think this swarming thing is happening now? We've never seen it before this year?

Chief Scott: Well, it makes it hard to respond. The tactic is, the tactics that we have seen. The groups are coming in large numbers, they overwhelm a store, even some stores have security guards there. And when you have that many people coming at one time, it's a bum rush, you know, they get overwhelmed. And these things happen a number of minutes.

Phil Matier: But this time you were actually there. You had officers there. How did that happen?

Chief Scott: Well, we were heavily deployed on a couple of things. Number one, we've increased our deployment in Union Square. The other thing was because of the Kenosha verdicts, we didn't really know what to expect. So we were deployed in case something jumped off there. So our deployment strategies work. We were able to get there quickly and arrest at least some of the people that committed these acts on Friday night.

Phil Matier: Would you guys have like to have live cameras or anything like that to help you out? License plate lead readers?

Chief Scott: Well, we can't at the SFPD. We cannot view live footage, due to city county ordinances.

Chief Scott: That is correct.

Phil Matier: So if there's a camera perched up on Union Square that's showing live what's going on in a possible swarm? You can't watch it in real time, like on a weekend night?

Chief Scott: That is correct. We cannot because of local laws. That's correct. Right.

Phil Matier: Oh, would that help if you had live cameras?

Chief Scott: Oh live cameras? Yes. I mean, if we're able to, to, as things are happening, have a situational awareness.

Phil Matier: Have you asked for it to change?

Chief Scott: Well, we have had many conversations about it.

Phil Matier: And the result?

Chief Scott: No. No, no results.

Phil Matier: So no consequences. No live cameras to assist you. So how do you get your intelligence for what might be happening?

Chief Scott: Well, we get it from we can watch video footage after the fact. Definitely we do our due diligence with sources of information from the community at large. We network with other law enforcement agencies, so we get it however we can get it and look, we just have to work with what we have.

Phil Matier: Speaking of what you have, how many cops do you have? What's your staffing at this time?

Phil Matier: How many do you need?

Phil Matier: So what does that mean?

Chief Scott: That means we have to do a lot of overtime and thankfully, we have had some over time restored. We have to fill the gaps. I mean, really, as you see in Union Square this weekend, we have a lot of folks working a lot of that is overtime. But people feel safe.

Phil Matier: That was on Union Street and Chestnut Street. Exactly. Other places. Other places in the Bay Area. Where does this stuff go? How are these groups organized? And where's it go?

Chief Scott: Online. Fencers buy it. People buy it. I mean, look, if you buy $1,000 bag for $100, you probably know it's stolen, but this stuff is going everywhere. Some of it's going overseas, and it definitely is organized to a degree.

Phil Matier: Are there penalties for doing that?

Chief Scott: What I like to see is the fullest extent of the law exercised, when the evidence is there.

Chief Scott: Yes, I do. So look, I understand that there's a balance, you know, and for the last decade, you know, we've been trying to figure this out. We in the criminal justice system, the legislators, have the balance between the appropriate jail sentences and the appropriate consequences, as opposed to the crime committed. I totally understand that and support that. However, when the evidence is there, there has to be some accountability. You know, there has to be some accountability. When people commit crimes. The evidence is there and they get caught.

Chief Scott: Some of them are. Friday night two of the eight we arrested eight, two of them were armed.

Phil Matier: So this isn't just this, it has the potential of getting violent and deadly.

Chief Scott: Well, absolutely. I mean you never know what you're going to walk into when these things happen. 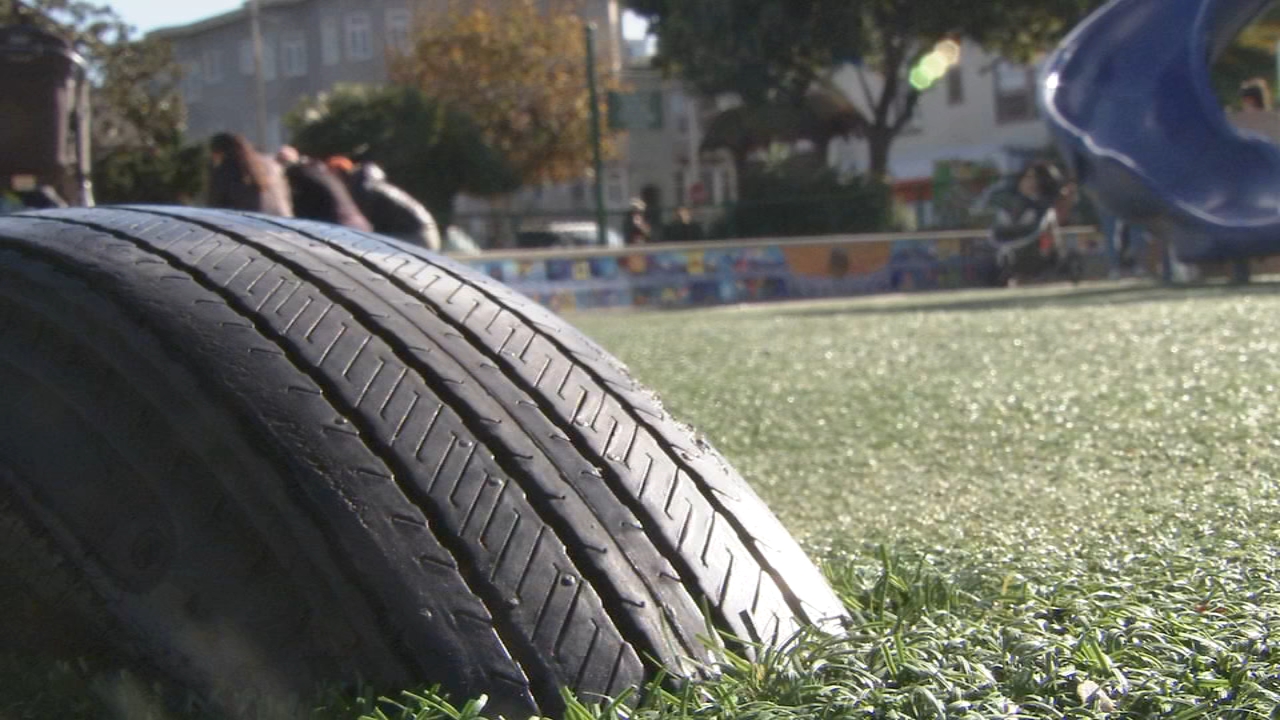