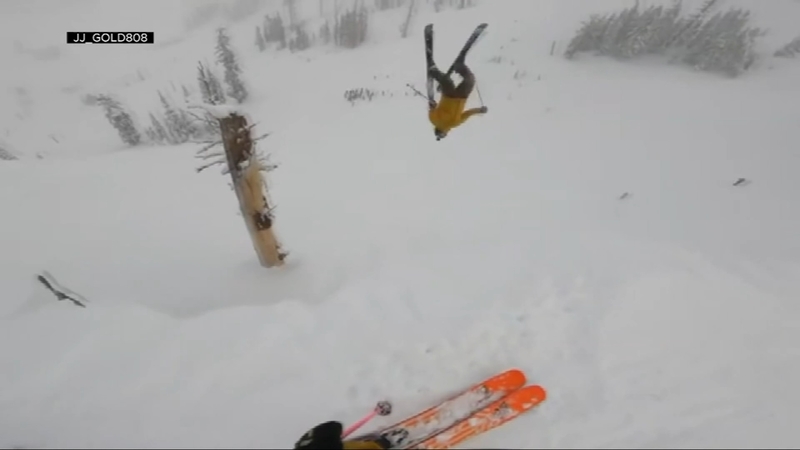 OLYMPIC VALLEY, Calif. (KGO) -- Two skiers came to the rescue when their friend got buried in the snow while skiing in the Sierra.

The incident was caught on their helmet cameras.

The group was performing tricks at Palisades Tahoe on Tuesday when one of the skiers, Jeremy Pascal, did a flip and landed deep in the snow.

His head became buried -- making it difficult to breath.

"Stuck in my head. So then I started kind of blew a hole so I could breathe," he said. "But that didn't work either. So then I thought after like 20 seconds, I thought, all right, just chill out. Don't use energy, so don't breathe as much."

VIDEO: Skiers rescued their friend after getting buried in the snow while skiing in the Sierra
EMBED More News Videos

Two skiers rescued their friend after getting buried in the snow while skiing in the Sierra.

It took two men to dig Pascal out of the snow.

They say the incident serves as a reminder of the dangers of "snow immersion suffocation".. or S-I-S.

This type of accident can happen wherever there is deep snow.