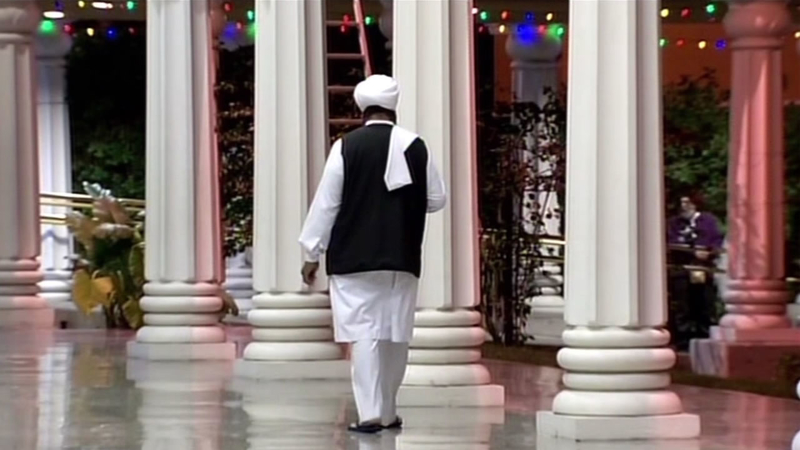 SAN JOSE, Calif. (KGO) -- It happened after September 11 and now it's happening again. Sikhs, being wrongly identified as Muslims, are being targeted, racially profiled and intimidated. Now there's a nationwide alert to Sikhs to be careful.

Two incidents on the same day in Southern California have now caused Sikhs to be on guard. One involved vandalism of a Gurdwara and in the other, a group of Sikhs were singled out because of their turbans.

"Turbans are equated to terrorism or something but it's not," San Jose resident Sukhdev Singh Bainwal said.

Just as all Muslims are not terrorists, Sikhs are not Muslims. But after a terrorist attack, Sikhs often suffer the backlash.

Someone threw acid on Davender Singh after September 11. "I take off my shirt. It's burning my skin too. I don't know what they think. They think I belong to the Muslim religion but no, I am Sikh religion," Singh said.

Now there is real concern for the safety of all Sikhs.

Last week, a gurdwara in Orange County was vandalized, the words "ISIS" and "Islam" spray painted on the property.

Then in San Diego, at the Broncos-Chargers game, a security guard refused to let a group of young Sikh men in unless they took off their turbans.

They were eventually allowed into the stadium but while inside, a bomb sniffing dog checked their car.

One of the men spoke with our sister station via Skype. "It's bad, it's embarrassing for me because we are all Americans, we aren't supposed to be afraid of fellow Americans," Fresno resident Verinder Malhi said.

It's a fear that's causing those at the San Jose gurdwara to step up security.

Cameras capture just about everything but still no one wants to take any chances.

"There's no doubt you could have some ignorant people who are intent on intimidating these peace-loving folks," San Jose City Council's Ash Kalra said.