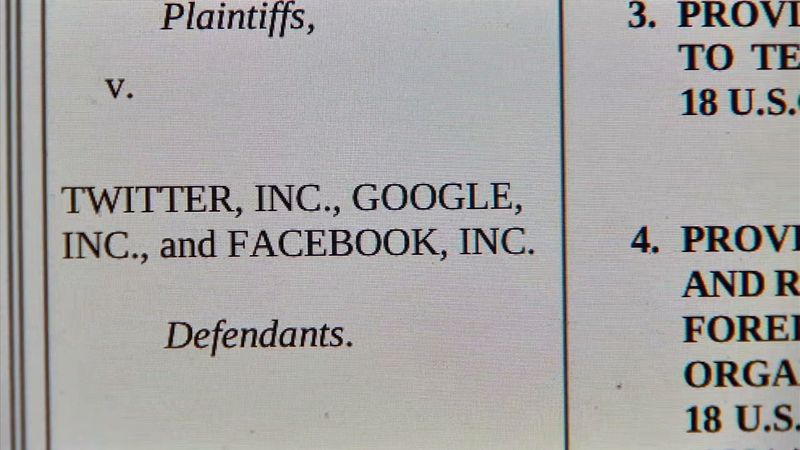 SAN BERNARDINO, Calif. -- Some family members of victims of the 2015 San Bernardino terror attacks are suing social media companies, saying they allow terrorist groups to spread propaganda on their platforms.

"You see so much stuff on social media, that you wonder how that gets on there," said Gregory Clayborn, whose daughter Sierra was killed in the Dec. 2, 2015 attack. "And you say wait a minute isn't somebody monitoring or filtering or managing what gets on and what doesn't?"

Clayborn and the family members of two other victims, Tin Nguyen and Nicholas Thalasinos, say social media helped fuel the growth of ISIS and that the terrorist group's use of social media influenced the two San Bernardino shooters.

In response to the lawsuit, Facebook gave this statement to Eyewitness News: "There is no place on Facebook for groups that engage in terrorist activity or for content that expresses support for such activity, and we take swift action to remove this content when it's reported to us."

Twitter said in the last six months of 2016, nearly 380,000 accounts were suspended because of terrorist-related violations.