Social media is buzzing about Vice President Joe Biden and his encounter with the wife of the new Defense Secretary Ashton Carter.

SAN FRANCISCO (KGO) -- Vice President Joe Biden is all the talk on social media after getting apparently too close and way too personal with the wife of Defense Secretary Ashton Carter.

Biden was seen whispering in the woman's ear and touching her shoulders as she stood right behind her husband.

Some critics call this "handsy," while others are brushing it off saying Biden's a close-talker.

Pictures and video of Biden have gone viral.

Biden keeps his hands on the woman's shoulders for about 20 seconds, and then whispers in her ear.

She smiles, but the awkward encounter has led to many jokes on line.

The Internet quickly pounced on Biden with the hashtag #HandsOffBiden.

Some criticize his actions, saying a person at his level, one of country's leaders, should know better than to invade personal space.

Others brush it off, arguing Biden was being cordial.

Even Good Morning America joked on Twitter he was channeling his inner Seinfield, referencing the episode when the character Elaine dated the "close talker."

Biden does have a history of close encounters.

He once leaned in to say something to Maggie Coons, the daughter of Senator Chris Coons last month.

In 2012, he rubbed the shoulders of a biker and was photographed talking in her ear.

Biden has not commented on the incident. 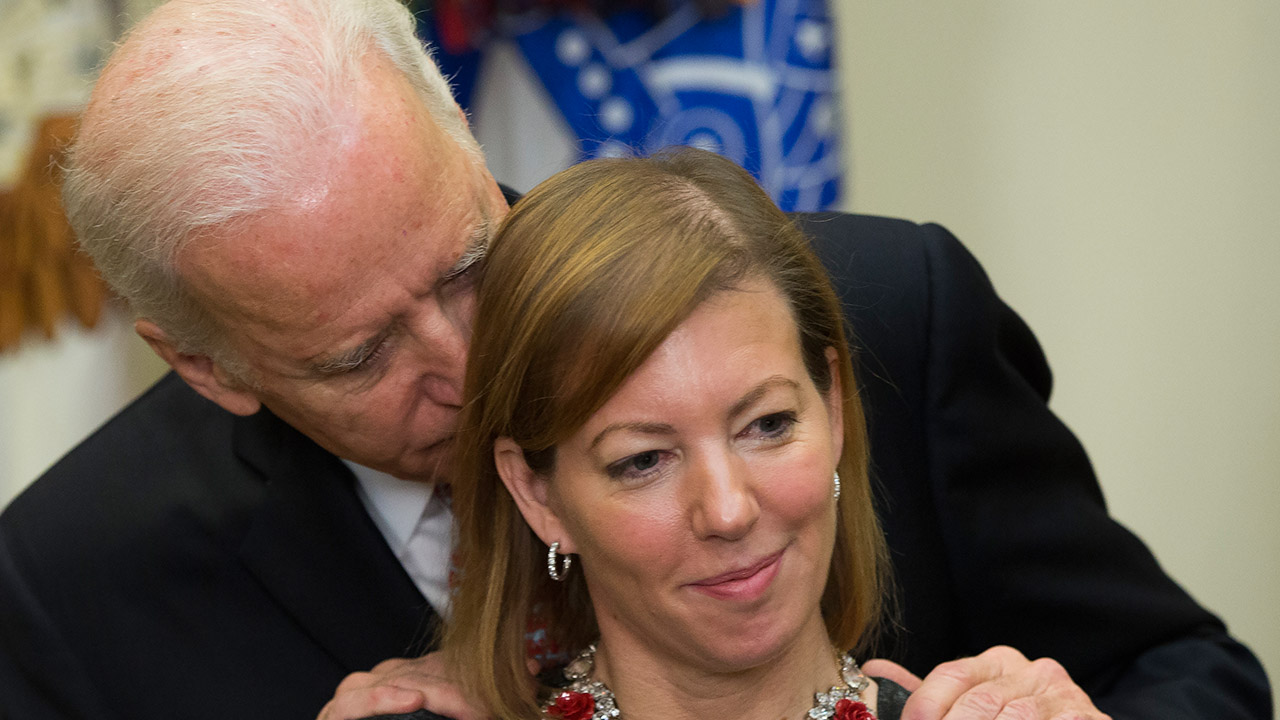