KGO
By Lyanne Melendez
SAN FRANCISCO (KGO) -- Hundreds of people said farewell to the late Kaiser CEO during a memorial at the Chase Center in San Francisco. Bernard Tyson, who was 60 years old, died unexpectedly in his sleep.

A picture of Tyson was featured on the giant outdoor video board at the Chase Center. It seemed fitting for a man who was described by many as a giant in the world of health care.

A short clip played at Monday's memorial featured Tyson saying, " I want everybody to have the best health possible so that they can have their own American Dream."

During his time as Chairman and CEO of Kaiser Permanente, Tyson focused on greater access to health and preventive care and worked with the Obama administration on the Affordable Care Act. He also met with President Trump during his attempt to revamp the act. In 2017, his name was added to the list of Time Magazine's 100 Most Influential People.

"He wanted people in this city, in this state, and in this country to thrive," added San Francisco Mayor London Breed.

Tyson led the now well-known "Thrive" advertising campaign. Outside the Chase Center there's the "Thrive City" open space for all to use. During his tenure, Kaiser's revenue increased, as well as its membership.

"I was overseas last week and people know him everywhere," said Golden Gate Warriors CEO Joseph Lacob. "He was leading up a big industry conference in China recently. He in health care is a giant."

On Sunday, the general public was allowed to pay their respects during a public viewing at the Oakland Rotunda.

Tyson's family is asking those who wish to commemorate the late CEO's life to donate to a health care fund in his name. 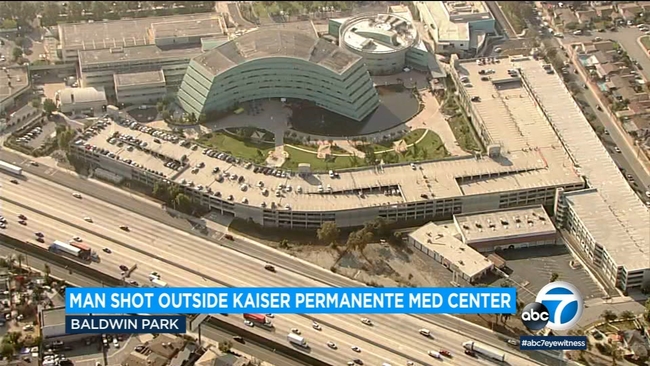 Man wounded in shooting outside Kaiser Permanente hospital in Baldwin Park
It's still a 10 day wait to get a COVID-19 test in SF
More Videos
From CNN Newsource affiliates
TOP STORIES
CA is getting 327K doses of Pfizer vaccine; who will get it first?