KGO
By Chris Nguyen
SAN JOSE, Calif. (KGO) -- We all know the majority of historical monuments across America are centered around men. But in honor of International Women's Day, a Santa Clara County supervisor has announced her plan to give women their rightful place in history.

"In Santa Clara County, women have played significant roles in science, medicine, business, agriculture, technology, labor, the arts, politics and many other fields for decades but you'll be hard-pressed to find any monument or even a street name honoring women," says Supervisor Cindy Chavez, who represents more than 400,000 residents in Central, East and South San Jose.

Community leaders gathered Thursday at Notre Dame High School in San Jose to hear of Chavez's proposal for the county to dedicate up to $5 million to build monuments and/or experiences in honor of women's contributions to our society.

The proposal calls for $2.5 million to be spent on a single monument somewhere within county limits. The remaining funds would be spent on other projects to recognize women.

"Arts, re-changing the names of streets, dedicating parks, we are going to put our mark on this county," says Chavez.

There's some significant history behind the proposal. In the 1970's, San Jose was known as the feminist capital of the world, after voters elected Janet Gray Hayes as the first female mayor of a major American city.

"These days we hear more about gender disparities and culture of harassment in Silicon Valley," says Melinda Jackson, San Jose State University political science professor. "I think it's great to call attention to that other history of women leaders, and women's empowerment."

Students at Notre Dame say they're inspired by the supervisor's proposal.

"There are so many issues we haven't touched on, but we're still using the building blocks of our society to make those better," says NDHS student Taylor Becker.

NDHS student Kriti Arunkundrum added: "I personally am really inspired by all the powerful women in our society, and how they're all speaking up now."

Chavez hopes to present her plan to the county board on March 20. If approved, the monument selection process would be carried out by a public committee representing each of the five districts in the county. 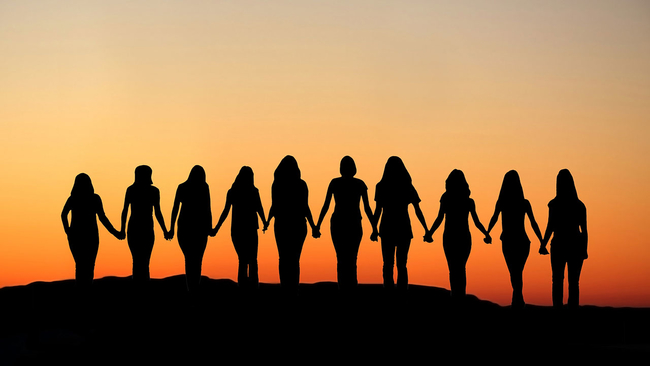