Prior to the lodge being built, VA and PenFed Foundation officials said high hotel rates often kept veterans in their vehicles ahead of doctors visits.

"There's a lot of folks sleeping in their cars," Billy Bryels said. "Or traveling great distance."

Bryels and his wife still make the more than 100-mile trek for treatment. However, they no longer have to sleep in their car.

The double Purple Heart Award Recipient was hit by grenade shrapnel in the Vietnam war and came home a wounded warrior. Bryels admits he was part of a growing population of veterans unable and unwilling to pay for lodging.

"Here, I don't pay a dime," Bryels said. "And I have the same comfort, I think, that I would have out in the city, paying expensive money, if you will."

Until VA Palo Alto leaders and the PenFed Foundation took action, having to sleep in vehicles was a reality for many Veterans with medical appointments.

Currently, the lodge is only available to veterans who have to travel 50-miles or more, or at least two hours from their home to the VA Palo Alto Health Care System.

"People just forget. They forget the sacrifices that Veterans made," Lisa Freeman told ABC7 News. "Veterans aren't front and center often enough in what they've done for us and so selflessly."

Freeman is the former director and CEO of VA Palo Alto Health Care System. Her team came together with PenFed Foundation President and CEO, James Schenck's team, for a public-private partnership to fund the lodge's construction costs.

Also awarded tonight, former U.S. Secretary of State @CondoleezzaRice. @PenFedFound says the Lee & Penny Anderson Defenders Lodge would not have been possible without visionaries and champions like Rice. Watch at 11 p.m. #abc7now pic.twitter.com/rbLPmSUDW5

The Defenders Lodge is a $17 million public-private partnership between PenFed Foundation and the U.S. Department of Veterans Affairs.

The lodge is now a one-of-a-kind, four-star facility that remains free to Veterans, their caregivers or family members.

The facility is equipped with 52 guest rooms and 104 beds, a dining room, library and much more.

Veterans and caregivers are able to stay up to two nights.

For a group who normally hears, "thank you for your service," our heroes are now saying the message is received and reciprocated.

"When you build a building specifically to give me a free place to stay while I get medical care, you know, all I can say is, 'Thank you,'" Bryels said.

Admiration and awards were extended to former U.S. Secretaries of State George Shultz and Condoleeza Rice on Monday night. Freeman was also awarded. The PenFed Foundation recognized the three for their work to establish the Defenders Lodge.
Report a correction or typo
Related topics:
societypalo altohotelveteranshousingveteranaffordable housing
Copyright © 2021 KGO-TV. All Rights Reserved.
VETERANS 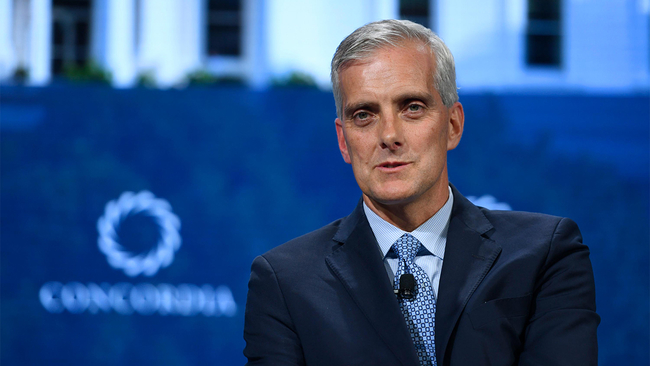