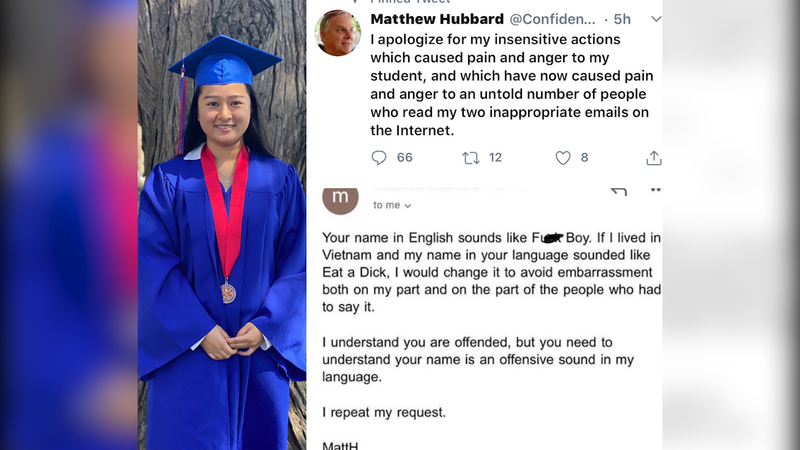 OAKLAND, Calif. (KGO) -- Laney College professor Matthew Hubbard issued an apology on Twitter one day after our ABC7 News exclusive interview with Phuc Bui Diem Nguyen who said her math teacher wrote her emails asking her to "anglicize" her name.

The Vietnamese American college freshman said she received a request from her trigonometry professor, who said her name sounded too much like an "insult in English." The professor then referred to her as "P-Nguyen" during class.

UPDATE: the professor who asked a student to "Anglicize" her name emailed an apology to her.

PS: I offered him opportunity to speak on cam multiple times but he declined. 1 email to me: “If you want to learn more read the New York Times."😐 pic.twitter.com/4ZLyCds8N6

By Saturday afternoon Hubbard took down all of his tweets. Phuc's sister confirmed to ABC7 News that Professor Hubbard sent Phuc an apology email as well.