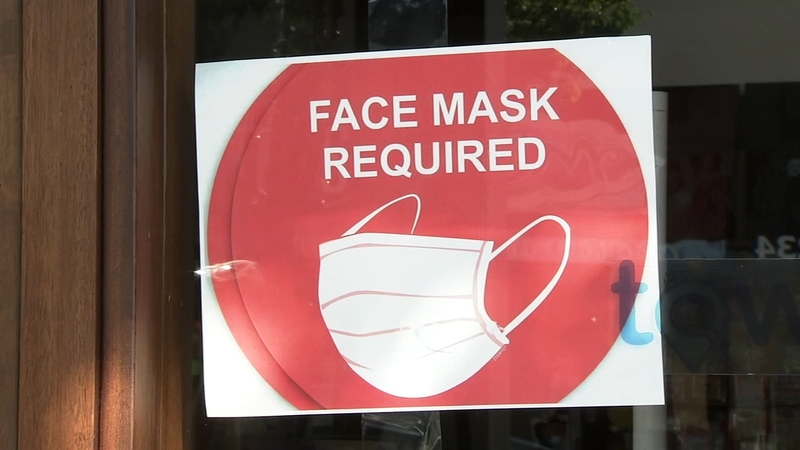 How effective are mask mandates? Health officials are split

SAN FRANCISCO (KGO) -- As California reinstates its mask mandate, it's reignited a question of just how effective mask mandates in public spaces are against the spread of the virus.

Health officials, even in the Bay Area, are split.

Dr. Bela Matyas is the public health officer for Solano County, and is an outlier among Bay Area health officials when it comes to supporting mask mandates.

"The experiment would show that the mandate isn't making a difference in disease transmission," Dr. Matyas told ABC7 News.

Dr. Matyas said Solano County can be looked at as a microcosm for understanding masking. In recent months, only Vallejo and Benicia had mask requirements. The rest of the county, including Fairfield and Vacaville, did not.

Data provided to ABC7 News by Solano County health officials show there was no correlation between the cities with the mandates and those without.

Solano County's health officer said the indoor mandate didn't have any benefit to the counties that did enforce restrictions, but others disagree.

The case rate in Fairfield, which did not have a mandate, was lower at 1,035.

However, Vacaville, which also did not have a mask mandate, had the highest case rate at 1,470.

Those numbers line up with the public data on the county website. It also shows that throughout the entire pandemic, Vacaville has had the highest case rate, followed by Vallejo and then Fairfield.

From those numbers alone, it's hard to conclude a mask mandate led to a decline in cases. But health officials have mixed opinions.

"As we look at the evidence, does masking make a difference? Even a 10% increase in indoor masking can reduce transmission significantly," Dr. Ghaly said.

"Masking is another tool that we have to help slow the spread of this virus. So, I think it's important we all continue to mask," he told ABC7 News.

While Dr. Matyas said that might be true, he believes the real spread of COVID-19 is happening not in public spaces, where there will be a mask mandate, but in private among friends and family.

"That's where the disease was spreading," he said. "It wasn't spreading walking through a clothing store or a hardware store."