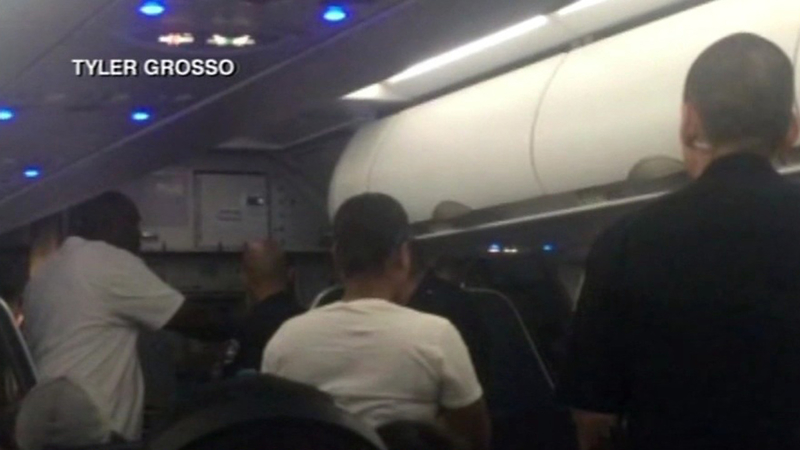 Spirit Airlines accused of racial discrimination after kicking 7 off plane

Los Angeles International Airport police were called to assist with an unruly passenger at about 7:15 p.m., according to LAX Police Sgt. Robert Pedregon.

A flight attendant allegedly accused a male passenger of causing a disturbance and being a threat. The man and the woman he was traveling with were then asked to deplane, but the couple refused.

Responding LAX police spoke with the couple, who then cooperated, walked off the plane and were rebooked on another flight.

Meanwhile, five other African-American passengers were asked to leave after they allegedly became disruptive, Spirit Airlines said. They deplaned and were rebooked on another flight set to take off on Tuesday.

Alexandra Wright, who was among those who were kicked off the flight, said she felt like all the African-American passengers were being singled out.

"A man was sitting in the wrong seat so he and the woman were supposed to switch seats, but they decided that they wanted to sit together. The flight attendant overheard the conversation. He came over and was just kind of making nasty remarks, making them switch... He was just really nasty towards him and told him, 'No, you guys have to switch,'" Wright said.

None of the passengers who were asked to leave were arrested or cited, Pedregon said. He classified the incident as a business dispute.

Other passengers told Eyewitness News that the situation was handled appropriately and the other five African-American passengers who left the plane only left because they were all part of the same party.