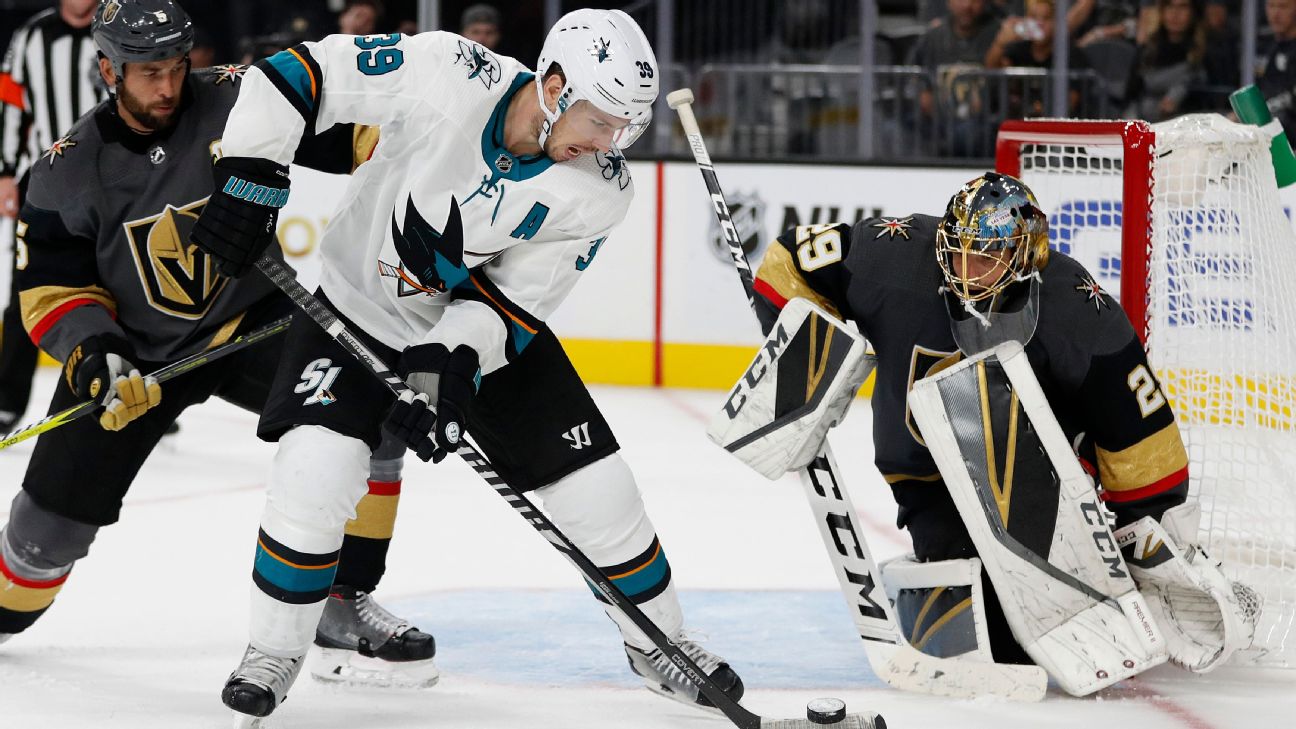 The San Jose Sharks and Vegas Golden Knights will square off in a matchup that may well go down as the best of the entire 2019 Stanley Cup playoffs. Who will win? Let's break it down:

How they got here: They didn't get it done until September, but the Sharks landed the prize of the NHL offseason in defenseman Erik Karlsson, giving them two of the league's premiere offensive blueliners along with Brent Burns. He joined a veteran team primed for a Stanley Cup run this season, with players like Joe Thornton, Logan Couture, pending unrestricted free agent Joe Pavelski and Evander Kane, who was acquired last season. Gustav Nyquist was added to the group at the trade deadline, and the Sharks finished the season second in scoring at 3.52 goals per game. One problem: They were 21st in team defense at 3.15 goals allowed per game, with the worst team save percentage in the NHL (.889). Still, the Sharks finished 46-27-9 (101 points), second in the Pacific Division.

Right behind them were the Vegas Golden Knights (43-32-7, 93 points), last season's expansion darlings who lost in the Stanley Cup Final. They upgraded in the offseason too, with free-agent center Paul Stastny and a trade for Max Pacioretty; and made an in-season blockbuster for Ottawa's Mark Stone. But inconsistent play, some expected regression and injuries to key players (including goalie Marc-Andre Fleury) left the Knights stuck in third place in the Pacific.

First line: Last season's dominating top trio for Vegas -- Jonathan Marchessault, William Karlsson and Reilly Smith -- couldn't quite recapture the magic this season, with just a 50.65 goals-for percentage. The better line for Vegas might end up being Stone, Stastny and Pacioretty, which has played just 154 minutes together but has a goals-for percentage of 60.00 at 5-on-5. The Sharks, meanwhile, don't have a consistent top line this season. Currently, the line of Couture, Pavelski and Timo Meier (who broke out with 30 goals) might qualify. Advantage: Golden Knights

Depth: The Knights return many of the supporting players who helped them thrive in the postseason last spring, including Alex Tuch (52 points), Pierre-Edouard Bellemare, Ryan Reaves and Cody Eakin, who had a career year (41 points). The Sharks have players like Marcus Sorensen and Kevin Labanc flanking Joe Thornton, and Barclay Goodrow and Melker Karlsson among their depth players. Advantage: tie

Defense: Burns (83 points in 82 games) was the league's best offensive defenseman, pumping 300 shots on goal and skating 25:06 per game for San Jose. He's skating with Marc-Edouard Vlasic, who has had an uncharacteristically down season. Karlsson (45 points in 53 games) skates with Brenden Dillon, with Joakim Ryan and Justin Braun on the final pairing. The Golden Knights return the same group as last season -- Nate Schmidt and Deryk Engelland, Brayden McNabb and Shea Theodore, Nick Holden (the lone new addition) and Colin Miller -- partially because they couldn't find a way to acquire Karlsson. Advantage: Sharks

Goaltending: Fleury went 35-21-5 in 61 starts with a .913 save percentage and a 2.51 goals-against average -- not as dominant as last season, but he played a critical role during some early-season struggles for the Knights. He's been lights-out in his past two postseasons. The good news for San Jose is that Martin Jones has a .926 save percentage in 42 playoff games. The bad news is that he had an .896 save percentage in the regular season, and a putrid minus-23.35 goals saved above average. Advantage: Golden Knights

Coaching: Peter DeBoer is 8-8 over the past two postseasons, following his trip to the Stanley Cup Final with the Sharks in his first season there. Gerard Gallant won the Jack Adams last season and has done a fine job helping the Knights to avoid a huge letdown in their second season of existence. Advantage: tie

Health: The Sharks should be at full strength for Game 1 when Meier returns, although there will still be lingering concerns about the effectiveness of recently injured players Karlsson and Pavelski. The Golden Knights will also be at full strength, minus forward Erik Haula, who was injured late in the season. He had nine points in 20 playoff games last year. Advantage: Sharks

Special teams: The Sharks had the sixth-best power play (23.6 percent) in the NHL, while the Knights struggled, finishing 25th (16.8). The penalty kills for Vegas (80.9) and San Jose (80.8) were basically a dead heat. Advantage: Sharks