San Francisco 49ers cornerback Richard Shermansaid Wednesday that he will apologize to Baker Mayfield for wrongly saying the Cleveland Browns quarterback had refused to shake his hand before the coin toss on Monday Night Football.

Sherman told NFL.com that the snub had fueled him during San Francisco's 31-3 win over the Browns. Video obtained by ESPN on Tuesday, however, showed the two shaking hands at midfield.

Sherman backtracked Wednesday, saying he would be reaching out to Mayfield to apologize.

"It's definitely my bad," Sherman told the Pat McAfee Show. "I never want anybody to have to deal with some stuff that they didn't do. And so, you know, the questions that he's gonna get and the annoying, nonsense questions about some stuff that happened in a game that's already been done, you know, sure he'll get an apology for that. I'll probably reach out to him via text or social media to actually get a hold of him and talk to him ... on the phone.

"He definitely deserves an apology, and that's my bad on that."

After Wednesday's practice, Mayfield said he hadn't yet checked his phone, but that "it was nice" of Sherman to say that he would apologize.

"I know what I did," Mayfield said. "That's the one time the camera and something recording me has gone in my favor."

Mayfield said he never attempted to show any disrespect toward Sherman.

"I respect him and who he is as a player," Mayfield said. "Has been for a while. In no way did I mean it like that."

Sherman said later Wednesday that he was humored with how much attention the story has received.

"I've said my piece about it. I'm going to have a conversation with him and then I'm going to be done with it," Sherman said in the 49ers' locker room. "It's just funny it got so big. I was like, 'Man, I thought the football game was what they watched for.' But I guess it's a soap opera."

Sherman said he may have remembered the moment differently or could've described it more accurately.

"Sometimes you remember things a little differently than it happened," Sherman said. "Obviously it still motivated me the same way." 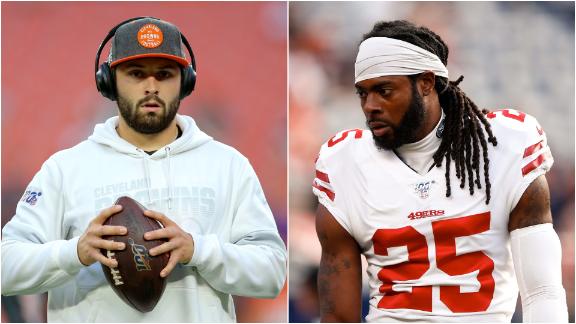 Sherman plans to apologize to Mayfield
Richard Sherman says he's going to apologize to Baker Mayfield for wrongly saying the Browns QB refused to shake his hand before the coin toss on MNF. 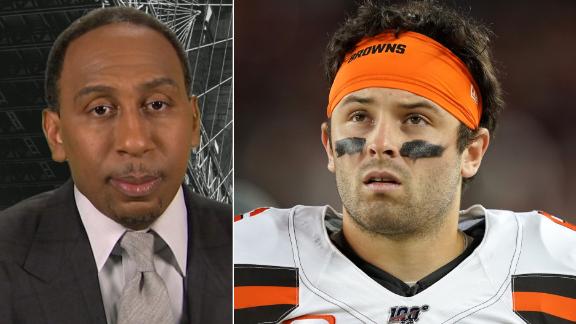