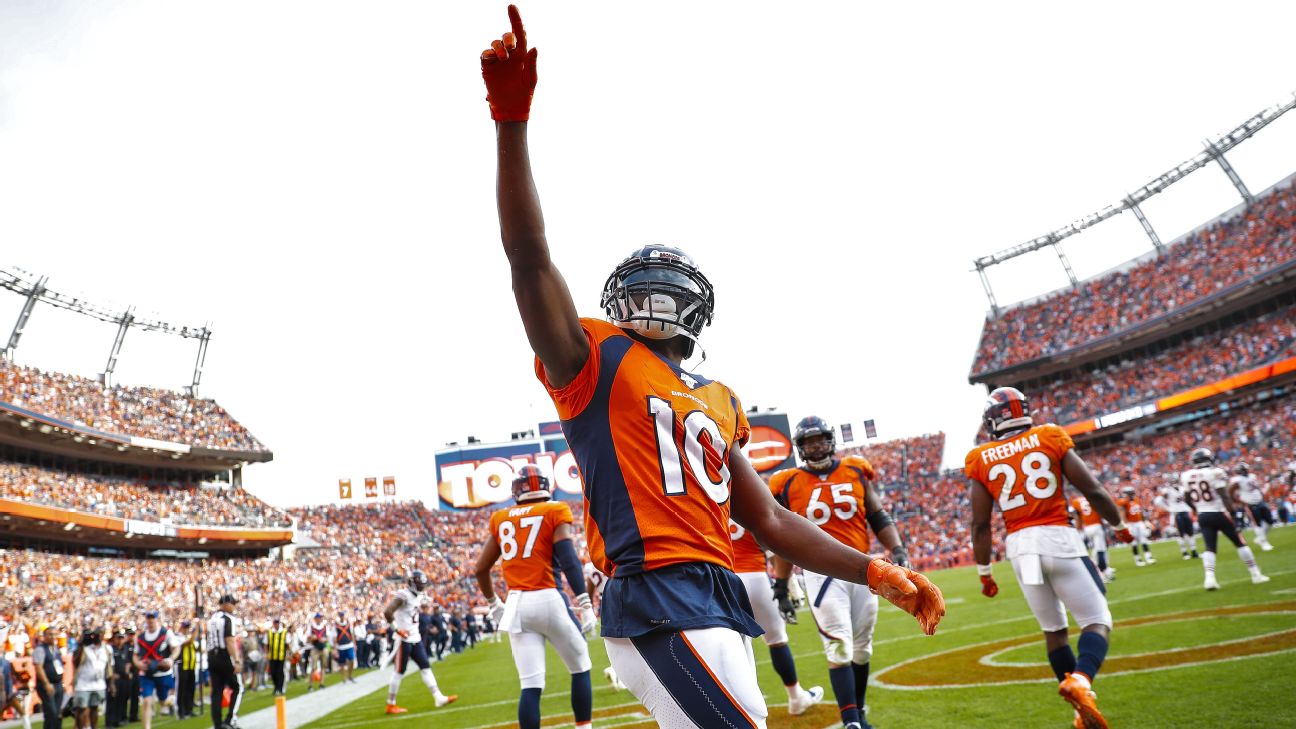 San Francisco sent 2020 third- and fourth-round draft picks to Denver, which also included a 2020 fifth-round pick with Sanders in the deal, which is pending a physical.

"Obviously it's hard any time you break up," Sanders told KCNC-TV as he left the Broncos' facility as the team's practice began. "... We had a great run out here in Denver, a lot of great times."

Sanders added he was ready to "get out to San Fran and showcase my talents.''

Broncos president of football operations/general manager John Elway told reporters in a conference call Tuesday that Sanders had requested that the team trade him.

Elway said wide receiver Tim Patrick, currently on injured reserve, would come back to the roster after the Broncos' Week 10 bye.

For the 49ers, Sanders immediately becomes the most accomplished receiver on a team that has jumped out to a 6-0 start for the first time since 1990.

That start has come despite the 49ers' struggles to develop any consistent pass-catchers outside of tight end George Kittle. Through Week 7, San Francisco receivers have combined to average 8.17 catches and 113.2 yards per game, ranking last and second to last, respectively, in the NFL. They've also scored just four touchdowns, which is tied for 24th in the league.

The two-time Pro Bowler suffered a torn left Achilles in practice last December and also had surgery on his right ankle in January, but he made a remarkable recovery and was a full participant in training camp workouts by the middle of August.

Sanders joined the Broncos in their 2014 free-agency binge that also included linebacker DeMarcus Ware, cornerback Aqib Talib and safety T.J. Ward. However, he had grown increasingly frustrated with the Broncos' losing ways over the past three seasons as well as his decreasing targets this season, a long drop from when he referred to the Peyton Manning-led offense as "wide receiver heaven.''

Sanders had just one reception each game in Weeks 5 and 6 before he finished with five catches for 60 yards in the blowout loss to the Chiefs last Thursday night. Sanders has missed some practice time this season with knee trouble and did not play in the second half of the Broncos' win over the Tennessee Titans Oct. 13 because he had aggravated the injury.

"I think eventually with what happened after the Tennessee game and where we were and the opportunity to, with the value of what we're getting for him, it was the best thing for our football team to trade Emmanuel,'' Elway said.

Elway would not elaborate on what happened between Sanders and the Broncos after the game against the Titans.

Sanders played the first half against Tennessee and had one catch for zero yards and three targets overall after having one target and one catch for 9 yards the previous week against the Chargers.

The Broncos have former 49ers quarterbacks coach Rich Scangarello calling plays as Denver's offensive coordinator, so Sanders will work in a similar playbook. Sanders said he had briefly spoken to Scangarello Tuesday after he was told of the trade.

Sanders, who will be a free agent at the end of the season, offers the 49ers versatility to play all over the formation, knowledge of the system and reliability. He has no drops on the season.

"Emmanuel is a passionate football player whose toughness and competitive nature have helped him become a dynamic playmaker in this league," 49ers general manager John Lynch said in a statement. "He possesses a number of qualities, on and off the field, that we value in our players. His familiarity in a similar offensive system will allow for a quick transition. We are excited to add Emmanuel to our roster and look forward to seeing him positively impact our team."

The 49ers' interest in Sanders actually began percolating in the offseason, with interest ramping up when the Broncos and Niners practiced together in Denver before Week 2 of the preseason.

At the time, the 49ers were still trying to sift through their own receiving options while the Broncos were evaluating what they had and Sanders was coming off the Achilles injury.

On Monday, Shanahan indicated he was fine with the options the team had in the building, particularly with the potential returns of wideouts Trent Taylor (foot) and Jalen Hurd (back) from injured reserve. But the combination of uncertainty with those players and the Niners' hot start opened the window for a deal to happen now.

Cornerback Richard Sherman, who had been a longtime advocate of the Niners landing Sanders, told ESPN Tuesday that Sanders should be a big addition to a team that is establishing itself as a contender with each passing week.

"Man, he's incredibly dynamic," Sherman said. "I think he's going to be great in our offense. Obviously, Kyle does a great job of using speed and explosiveness and him coming from a similar system to ours, it will make this transition pretty seamless and easy. I'm sure Kyle is licking his chops on integrating him in." 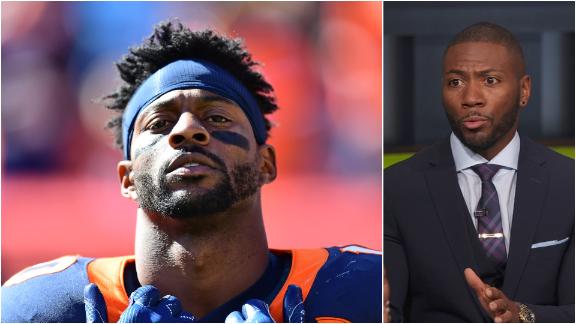 What does Sanders mean for San Francisco?
The NFL Live Crew breaks down the Emmanuel Sanders trade to the 49ers, with Ryan Clark and Jack Del Rio making the case that he will be a much-needed weapon for San Francisco's offense. 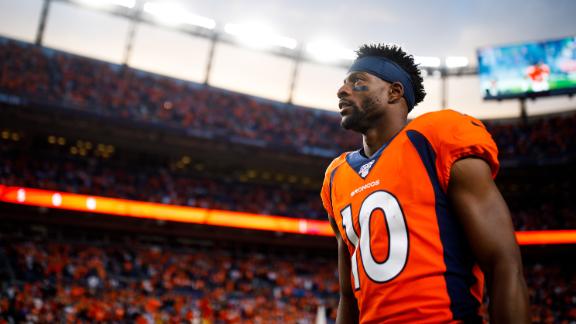