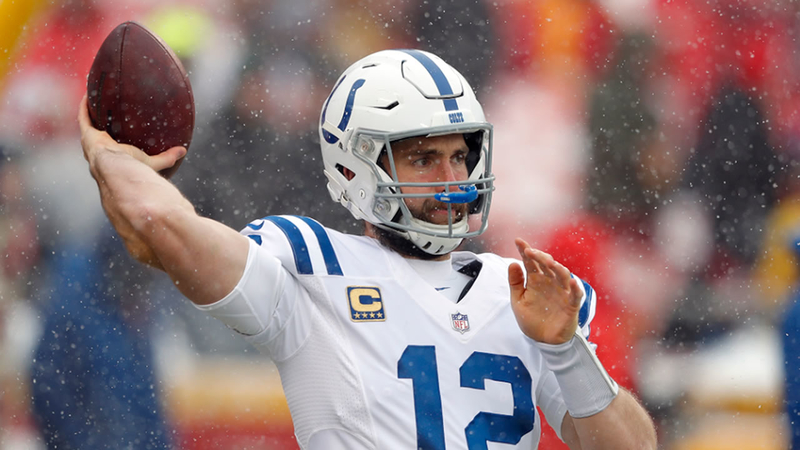 He says sources tell him the former Stanford star has already met with the Colts owner Jim Irsay to tell him of the decision.

Filed to ESPN: Andrew Luck has informed the Colts he is retiring from the NFL, per source. There will be a press conference Sunday to make it official, but Luck is mentally worn down, and now checking out.

Luck, age 29, has been dealing with an injury throughout training camp and has yet to play in a preseason game.

A calf strain originally diagnosed in March first hobbled him, but tests earlier this month showed him having pain in the "high anklish" area of his left leg, according to ESPN.

VIDEO: Andrew Luck talks about how the constant cycle of "injury-pain-rehab" has "taken his joy of the game away"
EMBED More News Videos

Andrew Luck talks about how the constant cycle of "injury-pain-rehab" has "taken [his] joy of the game away."

Injuries have derailed what was a promising start to Luck's NFL career.

He led the Colts to the playoffs in each of first three seasons, including the AFC Championship Game in 2014, before a shoulder injury in Week 3 of the 2015 was the start of numerous injuries for Luck.