Brandon Belt expected to miss about 3 weeks after appendectomy 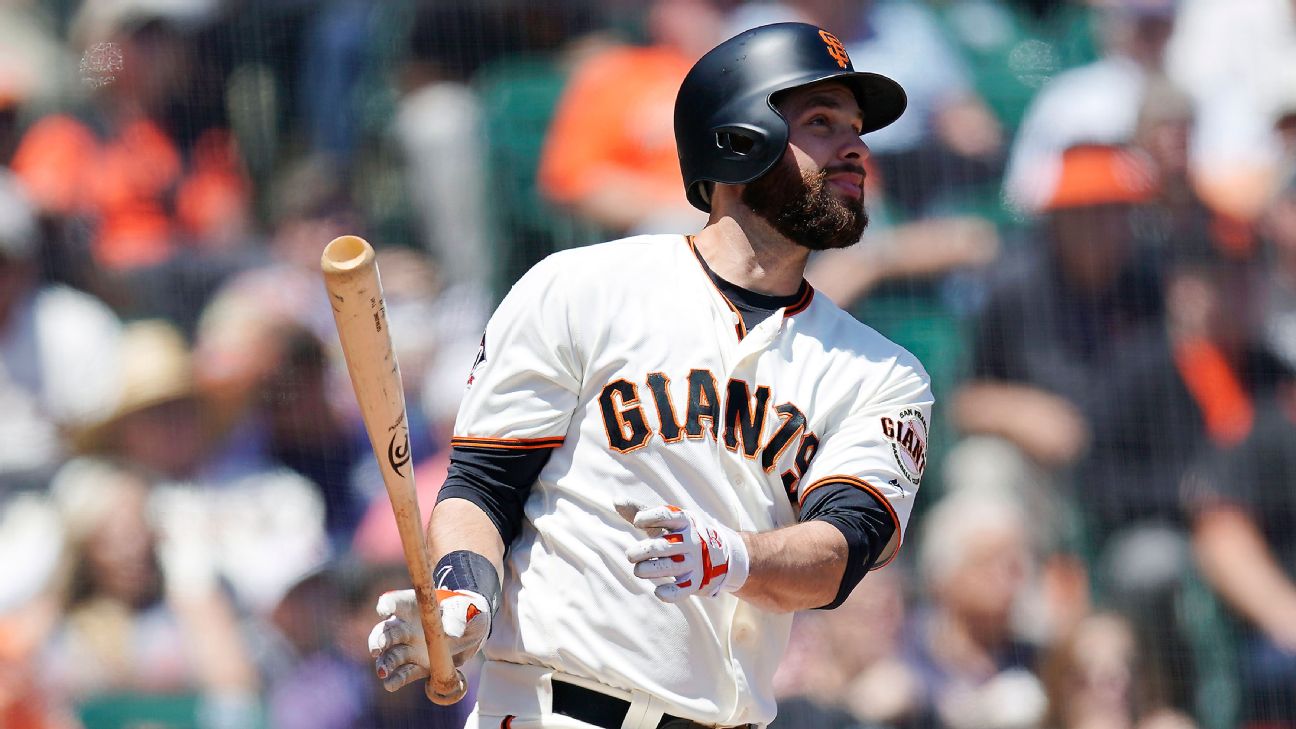 He was resting after the procedure and is expected to be released from a Bay Area hospital Saturday, the club said.

Belt is expected to miss about three weeks.

Belt had one at-bat in a 4-0 victory against the Phillies on Friday night. He was removed in the third inning and taken to a hospital. Bochy said Belt didn't feel well before the game and then got worse.

"I think you're talking about one of the most professional hitters in baseball at this point. You look at the OPS [on-base plus slugging] and everything, on-base [percentage] and all of that,'' Bochy said.

With Belt out, Pablo Sandoval will platoon with Buster Posey at first.

Belt came down with appendicitis on the day the Giants activated second baseman Joe Panik.

Also Saturday, infielder Alen Hanson returned from a rehab assignment nursing a hamstring injury and was activated from the DL, and outfielder Gregor Blanco was designated for assignment.