Carmelo Anthony: Have to be unique guy to handle Knicks drama 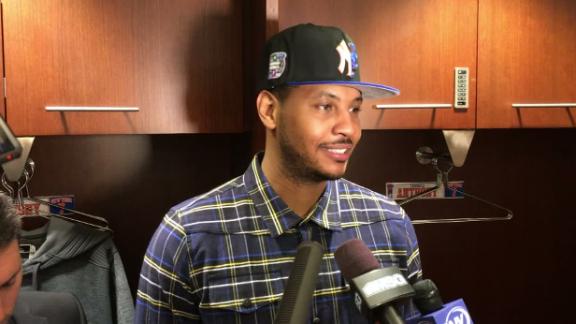 NEW YORK -- On a day when he was asked about everything from Phil Jackson, to wanting to play with Chris Paul and LeBron James, to whether "fake news" prevented him from becoming an All-Star, Carmelo Anthony was booed by home fans before he admitted that the soap opera surrounding him can be "mentally draining," but it's given him a greater appreciation for Knicks legend Patrick Ewing.

Anthony's patience is being tried, perhaps in ways even Ewing did not have to deal with when he was under the intense New York media microscope for 15 seasons with the Knicks. Anthony said the drama can get to him.

It's been quite a week for Anthony as trade talk intensifies around the Knicks star. Sources told ESPN's Ramona Shelburne and Marc Stein that the Knicks and LA Clippers are searching for a third team to facilitate a potential Anthony trade to Los Angeles without the Clippers having to send one of their top-three stars in return. ESPN first reported earlier this week that the Cleveland Cavaliers rebuffed Anthony-for-Kevin Love proposals.

This comes on the heels of a meeting between Anthony and Jackson last week, in which Anthony told the Knicks president that he wants to stay in New York. Anthony has a no-trade clause and has repeatedly said he wants to remain a Knick, but he has also admitted that if management decides to go in a different direction that he will have to consider his options.

Anthony reiterated before the Knicks beat the Charlotte Hornets 110-107 on Friday that he has not spoken to Jackson or Knicks management since his meeting last week.

"No, I tell you that every day," Anthony said when asked before the game.

Asked about his past comments that he would one day like to play with good friends Paul and James, Anthony politely ended his pregame interview by saying he had to prepare for the Hornets.

"Yo, come on, come on, man," he said, while practically shaking his head. "That's why I don't talk before games. Sorry. Sorry."

Anthony, who had headphones on before the interview, was asked what he was listening to. "Frank Sinatra," he replied. "Stay calm."

Few can blame Anthony if his patience grew thin this week. On the court, where Anthony seeks refuge from all the drama, the Knicks star was booed by home fans at times before he buried a short fadeaway jumper with 13 seconds left to help the Knicks stave off the Hornets. Anthony finished with 18 points and 11 rebounds but shot 8-of-26, including 1-of-7 from behind the 3-point arc.

Fans grew impatient with Anthony and let him hear it at times.

"Yeah, I enjoy that," Anthony said with a smile, when asked about the fans booing him. "I enjoy it."

Asked if it takes a unique kind of guy to handle playing in New York City, Anthony replied, "Yeah, Melo.

"You've got to be cut from a different cloth to take this day in and day out, and to deal with this all day long, every day," he said. "You've got to take the good with the bad. I don't know how I do it, but I do it."

Ewing had to deal with a lifetime's worth of New York tabloid drama -- way before the social media era -- while shouldering the heavy burden of trying to bring a championship back to New York. Anthony said Ewing, who was at the Garden on the Hornets bench as Charlotte's associate head coach, is one of the few who can relate to what Anthony experiences in New York.

"Without a doubt," Anthony said when asked if he has even more respect for what Ewing went through. "As a student of the game, you know what people go through in their own respective situations. Knowing the history of the game and knowing the history here and the players, he was one of those guys who kind of can relate to what I'm going through. Being able to still try to perform at a high level and block everything out, I mean, that's somebody I can say understands what I'm dealing with."

For his part, Ewing told the New York Post that he had to stay focused on what he could control -- his play on the court -- during his career.

"I just blocked it out and did my job," Ewing told the Post. "You have to have tough skin. You can't worry about what people think. As long as you're out there doing your best, that's all you can do."

Amid the trade rumors and the Knicks losing 14 of 19 since Christmas, Anthony learned Thursday that his streak of seven straight All-Star appearances was snapped when coaches did not vote him in as an Eastern Conference reserve.

Anthony didn't hide his disappointment about not making the NBA's showcase game for a 10th time. He was asked why he thought he didn't make the cut and if "some of the fake news that has been happening" has affected the way fans think of him.

"Honestly, I don't know," he said, reiterating that he did not want to speculate on reasons he wasn't named an All-Star. "It's kind of hard to think about that right now in the midst of everything that's kind of going on."

One thing Anthony knows for certain about his future: He will for "damn sure" take full advantage of the prolonged All-Star break. And he insists the Knicks (21-27, 11th in the Eastern Conference) still believe they can make the playoffs.

"This is that time," Anthony said of making a move. "We still believe that. We believe it's right there. Our goal is to make the playoffs, and we see it. We're right there. Even though we have lost some games, other teams are losing games too, giving us an opportunity to be right there in the picture right now." 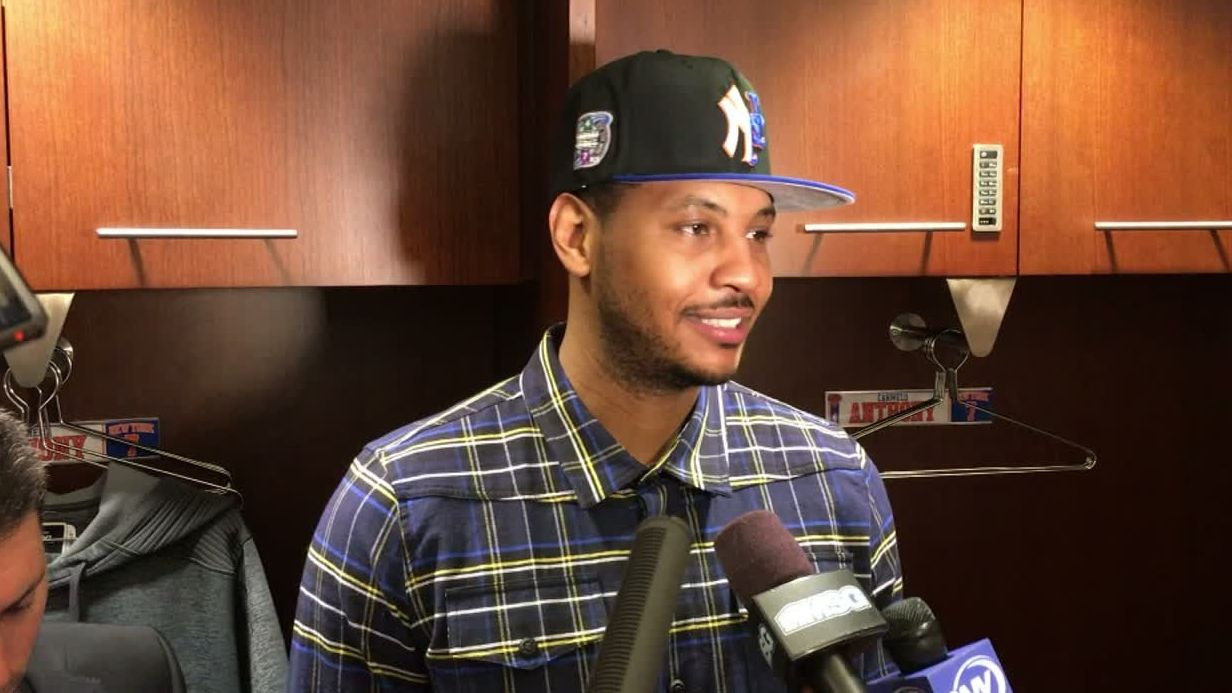