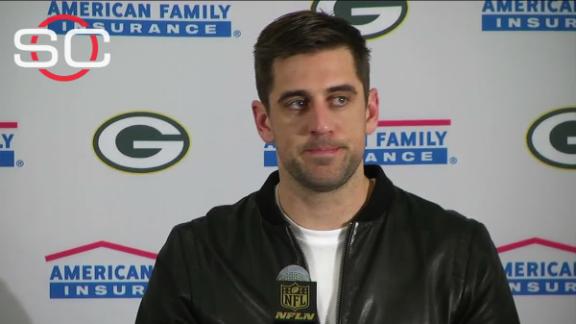 GLENDALE, Ariz. -- No wild NFL game would be complete without a coin-toss dispute. Saturday night's divisional playoff game at University of Phoenix Stadium was no exception.

It even came close on the heels of a playoff staple: a catch controversy.

Referee Clete Blakeman called off the first toss prior to overtime because the coin did not flip in the air. The Arizona Cardinals won the second toss, setting up the only possession in overtime in their 26-20 victory over the Green Bay Packers.

The NFL rulebook contains detailed instructions for a coin toss but does not mention a requirement that it flip.

"There is nothing in the rulebook that specifies this," NFL spokesman Michael Signora said Sunday. "But the referee used his judgment to determine that basic fairness dictated that the coin should flip for the toss to be valid. That is why he re-tossed the coin."

The Cardinals would have won either toss.

Packers quarterback Aaron Rodgerswas at midfield as one of the team's captains and called "tails" before the first toss. It landed on "heads." Rodgers said he was upset that Blakeman did not allow him to make a new call for the second toss.

"Clete had it on heads," Rodgers said. "He was showing heads, so I called tails, and it didn't flip. It just tossed up in the air and did not turn over at all. It landed in the ground. So we obviously thought that was not right.

"He picked the coin up and flipped it to tails, and then he flipped it without giving me a chance to make a recall there. It was confusing." Rodgers indicated he would have called "heads" on the second toss if given the chance. It landed on heads again.

"I think he was trying to avoid the embarrassment of what just happened," Rodgers said. "He flipped it quickly."

Packers linebacker Clay Matthews theorized that "there was a little protective case that might have been weighted in the heads favor."

Added Matthews: "The first one, it didn't turn. It just sat there like a saucer. They still won the second one. I'm sure that would have been a little bit of controversy if we had won."

Blakeman's coin toss wasn't his only call that had the Packers up in arms on a night filled with crucial, game-changing plays.

"I don't know what the hell a catch is anymore," the Packers coach said. "It's ridiculous."

McCarthy had thrown his red challenge flag on the play, believing Fitzgerald had failed to complete the process of the catch and that it should be ruled incomplete.

Blakeman and the replay officials disagreed, and Blakeman announced that the call would "stand as called," which meant that there wasn't enough evidence to overturn the ruling.

"I didn't like the explanation," McCarthy said. "But that's football."

Both teams seemed upset and confused by the coin-toss incident. Cardinals long-snapper Mike Leach turned and thrust his arms up when Blakeman called for a second toss.

"I saw it," Leach said. "It never flipped. He threw the coin and went straight up and straight down. It was like a toss that never happened."

Said Cardinals quarterback Carson Palmer: "It went up and it went down. They gave [the Packers] every opportunity. Just never seen it before."

This was not Blakeman's first brush with a coin toss controversy.

In Week 16, he presided over an overtime coin toss in which the New England Patriots tried to kick off and declare which goal they wanted to defend.

After some discussion, Blakeman adjudicated that toss accurately, allowing the Patriots to kick off and the Jets to choose which goal to defend.

But Fitzgerald's controversial catch is steeped in deeper lore.

The Packers, in their NFC divisional playoff victory over Dallas at Lambeau Field last season, punched their ticket to the NFC Championship Game with the help of a similar call.

On that play, Cowboys wide receiver Dez Bryant had seemingly made a catch to set up first-and-goal at the Green Bay 1, but McCarthy successfully challenged the call and the 31-yard completion was overturned. The Packers held on to win 26-21.

On Saturday night, McCarthy's unsuccessful challenge of Fitzgerald's catch didn't lead to points -- the drive ended with a Palmer interception in the end zone -- but it did cost him a timeout, meaning the Packers had just one left when they got the ball back with less than two minutes left in regulation, trailing 20-13.

Rodgers: Came down to bizarre plays by both teams
Aaron Rodgers talks about falling to the Cardinals in overtime and addresses the controversial coin flip at the start of OT. 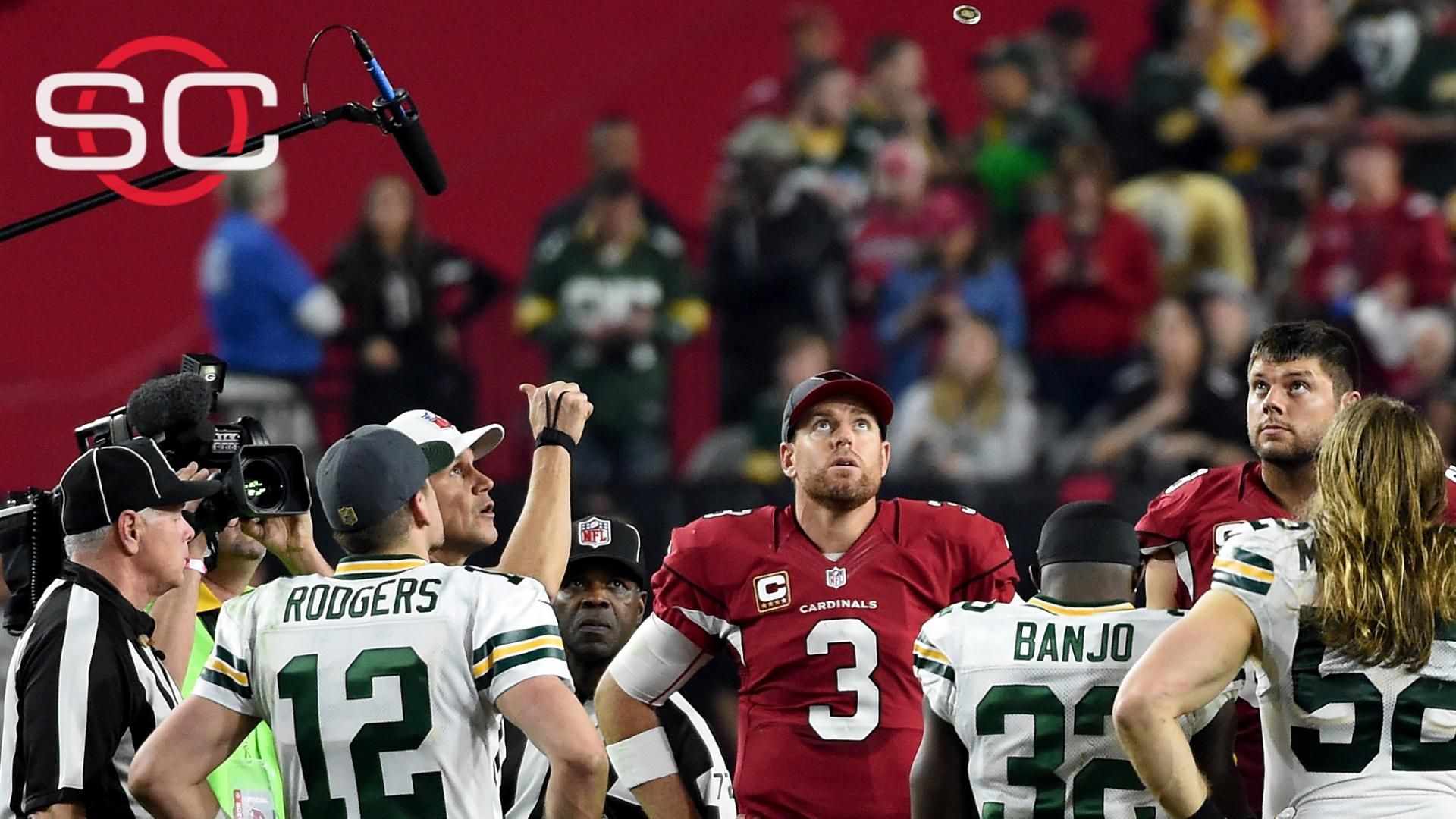