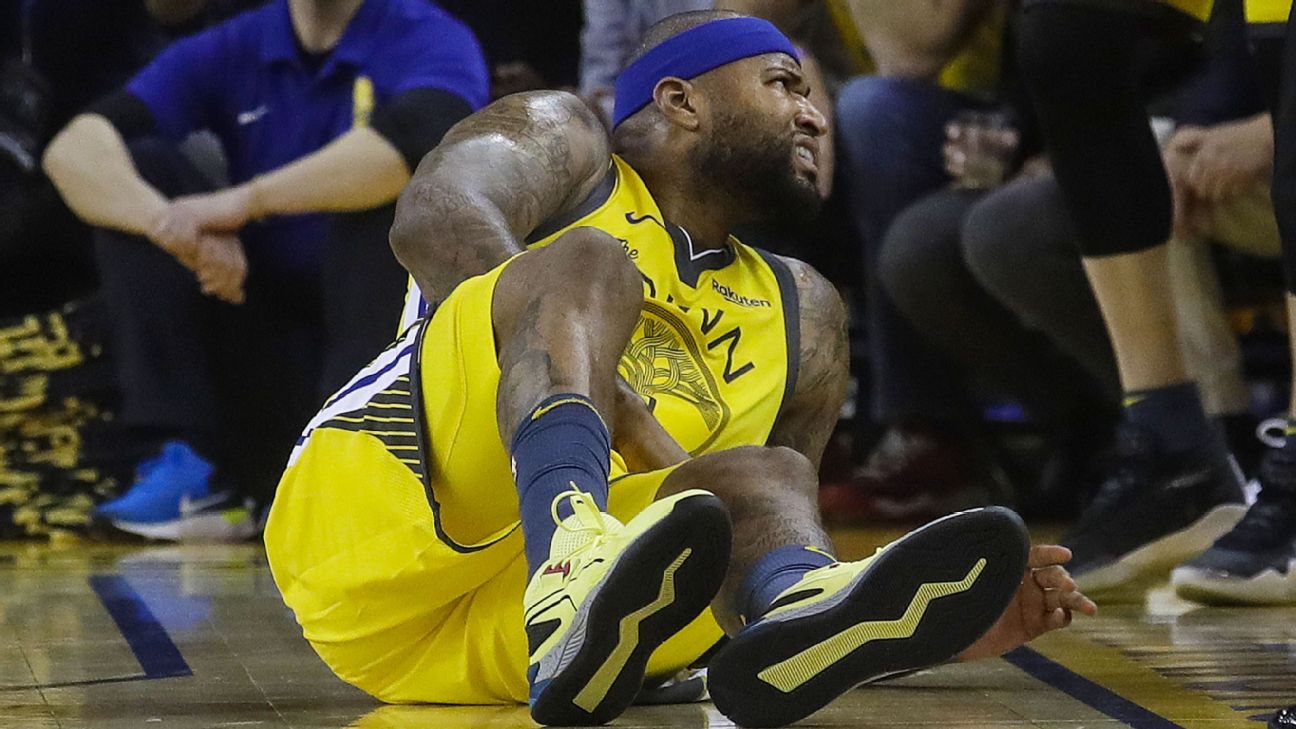 TORONTO --Golden State Warriors center DeMarcus Cousins, sidelined since mid-April with a torn left quad muscle, was is active Thursday night for Game 1 of the NBA Finals and checked in to start the second quarter.

Cousins has been out since April 15 after suffering what was thought to be a season-ending injury in Game 2 of the Western Conference quarterfinals against the Clippers. Cousins has participated in a few scrimmages over the past week, but coach Steve Kerr declined to reveal exactly how Cousins will be used in the series.

Kerr said he knew what Cousins' role would be against theToronto Raptors, but said, "I'm not going to tell you." Thursday marked the first time Cousins has come off the bench since April 2013.

Cousins, who made his season debut on Jan. 18 after missing almost an entire year while rehabbing an Achilles injury, had started all 32 of the previous regular-season and playoff games he played in this season. The 10-year veteran had never played in an NBA Finals prior to Game 1.

"He's playing well," Warriors backup center Kevon Looney said. "His conditioning's getting better every day. I think he's almost ready for the game. His body, he knows when he's ready to go out there and compete. I look forward to his return."

As for Warriors star forward Kevin Durant, he continues to do individual rehab work behind the scenes on his injured right calf, but he will not play in Game 1 and is likely out for Game 2.

Kerr said it was a "long shot" that Durant would be cleared for practice during the Warriors' stay in Toronto.

"So the next step would be to practice with the team, but we don't know when that's going to be. He'll continue with the individual workouts, ramping that up as our training staff sees fit." 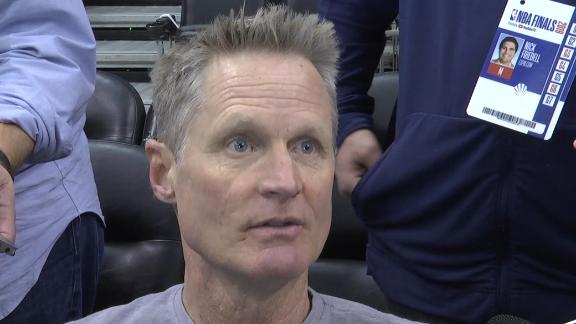