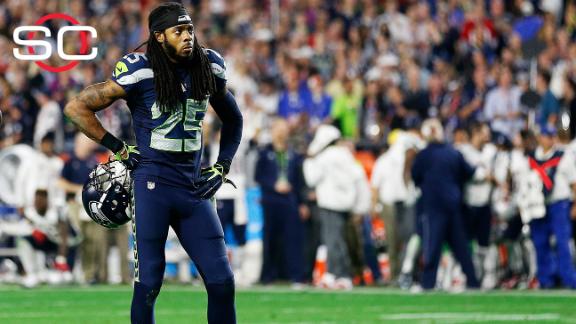 It's no contest, according to New York Jets cornerback Antonio Cromartie, who said Tuesday that Sherman doesn't deserve to be mentioned with the top corners in the NFL.

Cromartie suggested that Sherman -- a three-time All-Pro selection for the Seattle Seahawks -- is a product of his scheme and a superior supporting cast.

"Go play in a defense where you don't have two All-Pro safeties," Cromartie said in an interview with Sirius XM NFL Radio, referring to Earl Thomas and Kam Chancellor. "That's what I would tell him.

"Go follow the No. 1 receiver. Follow him around for a whole entire game and let's see what you can do," Cromartie continued. "Darrelle Revis has done that his whole career. I've done that. Patrick Peterson has done it. Joe Haden has done it. [Sherman] is the only defensive back that hasn't."

That Cromartie defended Revis, with whom he reunited after two years apart, came as no surprise. But, in the process, he was critical of Sherman, who typically stays on one side of the field in the Seattle defense.

"If you want to label yourself as the No. 1 corner, the best corner in the NFL, follow the best guy on every single team," Cromartie said.

Save for one season in the Tampa Bay Buccaneers' zone-based scheme, Revis has covered the No. 1 receiver for most of his career with the Jets and New England Patriots.

"His [response] will be, 'We don't have to do that, I have my trust in the other corner on the other side,'" Cromartie said of Sherman. "That's not the point. If you're going to consider yourself the best, do what the best do. They follow around the best."

Revis, who signed a five-year, $70 million contract to return to the Jets, was an All-Pro selection last season.